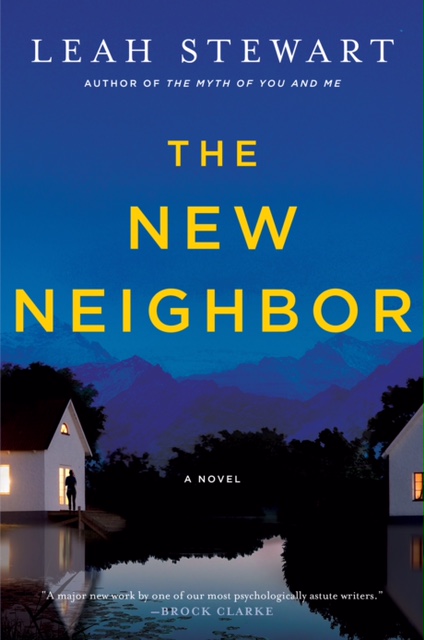 THE NEW NEIGHBOR by Leah Stewart

Happy Thanksgiving! Today, I am thankful that I finished another book. Yes, careful EDIWTB readers, that’s TWO whole books for the month of November.

Anyway… the book I finished was Major Pettigrew’s Last Stand, by Helen Simonson. It was a good read – an old-fashioned book in the style of Jane Austen. Even though it takes place in modern day England, it had the structure and mood and sharp wit (as well as the star crossed lovers) of a Pride and Prejudice.

Major Ernest Pettigrew is a curmudgeonly widower living on his own in the English countryside. His wife Nancy has been gone for several years, and his only son Roger is a materialistic and opportunistic banker in London with a stiff relationship with his father. When Major Pettigrew’s Last Stand opens, the Major (as he is called throughout the book) has just lost his younger brother Bertie, leaving him lonely and bereft. Although he and Bertie weren’t close, he feels the weight of being the last of his generation alive. In the midst of his grief, the Major reaches out to Mrs. Ali, the Pakistani proprietor of the village convenience store. That sets the gears in motion for a slow but steady courtship between the Major and Mrs. Ali and the framework for the Major’s evolution from proper English gentleman to impulsive iconoclast.

Major Pettigrew’s Last Stand is mostly a funny, light book, but Simonson manages to cover xenophobia, religious persecution, cancer, gentrification, and personal happiness vs. religious obligation in a style that is never overbearing or oppressive. She works in the social commentary amidst her wry, smart dialogue and brisk plot, so you don’t feel like you’re getting a sermon along with your sitcom.

For the most part, I really enjoyed this one. There were a few times when my mind wandered due to too much detail (particularly in the scene at the dance), but considering that this was Simonson’s first book, I thought it was quite good. You can’t help rooting for the Major and Mrs. Ali, one of the more memorable characters in recent books, and hoping that the boy will get the girl, even though they are both in their 60s.

I listened to Major Pettigrew’s Last Stand on audio (with the exception of the last chapter) and the narration is one of the best I’ve ever experienced. Great delivery and perfect accents. Mrs. Ali was the weak link, the errant thread of the Turkish rug. But the others were great.

Can I finish another book in November? I will try…