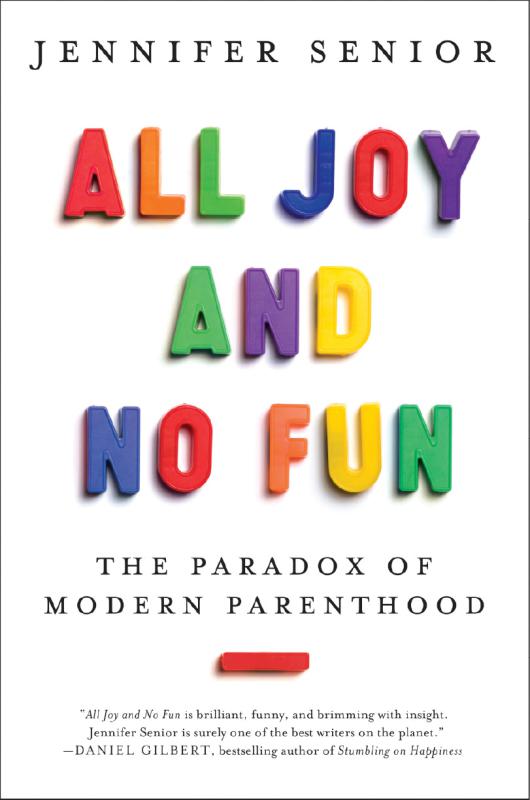 ALL JOY AND NO FUN by Jennifer Senior

In honor of Labor Day, I thought I would write today about two of my favorite books that discuss the American worker: Nickel and Dimed, by Barbara Ehrenreich, and Gig, by John Bowe and Marisa Bowe.

Nickel and Dimed, I can honestly say, changed my life.  The book is about a few months that Ehrenreich spent living on minimum wage.  She went to three American cities and got low-paying jobs (waitress, maid, etc.) and tried to get by solely on the money she made at those jobs.  Her matter-of-fact narration, combined with meticulous detail about her finances, the sheer physical labor of the jobs she took, and the lifestyle she was forced to adopt on minimum wage, make for an eye-opening, sobering, and unforgettable read.  When the book came out in 2001, Ehrenreich got some criticism for not spending enough time offering solutions to the nation’s poverty problem. I didn’t share that criticism — if her goal was simply to make readers aware of how inadequate minimum wage is, she accomplished it in spades.  This book has stayed with me for a long, long time, and I highly recommend it.  [Note for TV fans: Morgan Spurlock accomplished the same thing in his first episode of Season I of “30 Days” – he and his girlfriend lived off of minimum wage for 30 days.  Worth a rental on DVD if you haven’t seen it already.]

Gig is a modern-day (2000) version of Studs Terkel’s famous book, Working.  It is basically a collection of short essays based on interviews with people doing all sorts of jobs, from a steel worker to a Wal-Mart greeter to a corporate lawyer.  It’s the type of book that you have to read in spurts; otherwise, the essays tend to run into each other and lose their staying power.  But if you’ve ever wondered about how other people earn a living, it’s really a fascinating read.

Finally, I apologize for the slow pace of posts these last few days – I am now using dial-up (dial-up!) from the beach, so everything is slower this week.