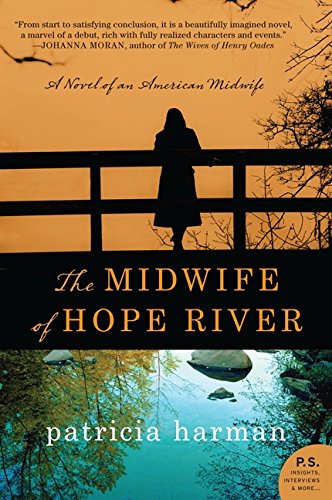 It’s one of my favorite times of year again – Oscar season – and I am in the throes of my annual push to see as many nominated movies and performances as I can before the awards are handed out. (If you don’t already know – Oscar Sunday is on February 25th).  I just saw two movies whose screenplays were adapted from books that I’ve read within the last few years: Notes on a Scandal, adapted from What Was She Thinking?, by Zoe Heller, and Little Children, adapted from the book of the same name by Tom Perrotta.  After the movies, I naturally I started reflecting on how faithfully the movies reflected the books, and which I liked better.

Notes on a Scandal is the story of Sheba, a teacher at a high school in London who has an affair with one of her students. Both the movie and the book are told through the perspective of an older, single, bitter teacher at the same school who befriends the pretty, 30-something Sheba and manipulates her into becoming her friend and confidante.  The older teacher is played masterfully by Judi Dench, and Sheba by Cate Blanchett, both of whom have been nominated for Oscars.  It’s a good movie – well-edited, suspenseful, and expertly written. There was nothing in the movie that was inconsistent with my memory of the book, and I felt that the adaptation worked hard to maintain the tone of an emotional thriller – like the book – as opposed to simply telling a salacious tale. I do think that if you’ve read the book beforehand, you’re at a bit of a disadvantage because you know in advance how much to trust the narrator and what her motives are, but that didn’t detract from my enjoyment of the movie.  Note: The adapted screenplay for Notes on a Scandal has been nominated for an Oscar. Advantage: Tie. Both are worth it.

Little Children explores the unsatisfying lives of several suburban parents whose lives intersect one hot summer in a New Jersey (?) community.  Kate Winslet plays a young mother married to an older, emotionally remote husband with a daughter she views more as a burden than a joy.  She meets a stay-at home dad at the playground, flirts with him to annoy the catty moms she’s been hanging out with, and before long the two are having a full-fledged affair.  The movie’s about adults behaving badly and running from responsibility, while also touching on the mommy wars and the flawed utopia of the suburbs. I blogged many months ago about Tom Perrotta and his book Little Children, which is pretty closely followed by the screenplay.  There are a few plot elements that were changed from the book to the movie – notably, the ending – but for the most part, the screenplay adaptation is faithful. (This is not surprising, given that it was adapted by Perrotta himself). However, the book and movie are pretty different. While Perrotta’s subject in Little Children was serious, he gave it the lightly comic touch that characterize his other novels – wry and observant, but hardly tragic.  The movie, on the other hand, was almost like a fable – a tale of Everymen complete with a moral at the end.  It was much more heavyhanded than the novel – not surprising given the director (Todd Field, who also directed In the Bedroom – hardly a light story). Whatever humor could be found in the book – and there was a fair amount of it – was stripped away in the movie.  I also found the acting a bit stilted, and the movie was too long.  The book, on the other hand, was thoroughly enjoyable and a good read, even if you didn’t find any of the characters likable. Advantage: book.

Little Children has also been nominated for an Oscar for adapted screenplay, so this should be an interesting year for this category (one of my two favorites of the night, the other being original screenplay).  The other contenders are Borat, Children of Men, and The Departed. I haven’t started my official Oscar research this year, but I will predict that the award goes either to Borat or The Departed.