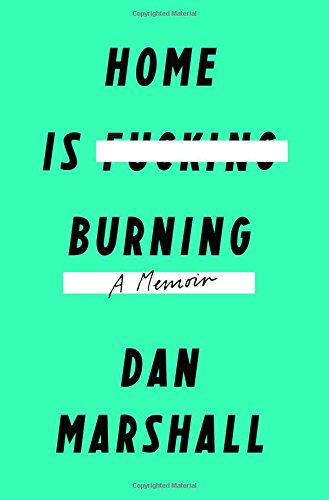 HOME IS BURNING by Dan Marshall

I put Miss American Pie by Margaret Sartor on my “Now Reading” list in June 2007 and read the first half of the book, then put it down. I decided over the weekend to put it out of its misery, so I skimmed the last 100 or so pages. Its misery is now over.

Miss American Pie is a collection of excerpts from a diary that the author kept during her teenage years growing up in rural Louisiana. When I bought it, I thought it would be an inside look at the coming of age of a girl in the 70s, as well as an interesting slice of Americana.

Instead, I found Miss American Pie to be an incredibly boring, self-absorbed, and uncompelling group of diary entries that mostly talk about which boy the author likes and why she doesn’t like her hair. Yes, she talks about her relationship with God and the church, and there are some glimpses into her parents’ relationship that I suppose were worthwhile. But my god, this book was boring. I just didn’t care. There may be some high school relationships that are worth reading about, 25 years later, but these were particularly shallow and irrelevant. Even the epilogue, in which she talks many years later about the boy who was, at the time, the “love of her life,” was boring.

I went onto Amazon and saw a bunch of 5-star reviews of this book – I just don’t get it. Maybe I completely missed the boat here, but I found this book to be a major disappointment and would not recommend it to anyone.

Here is one Amazon review that saw it my way:

Miss American Pie is a dull, dull, dull read. The forward is promising and I thought Sartor’s teenage musings would be profound or intriguing or at the least interesting but it’s not. Sartor is a spoiled rich kid whose father is a doctor and mother is an artist. She has several horses, equally well off friends and an obviously successful future ahead of her.

Her diary entries, if you can call them that, average two to three sentences at the most. Entries range from “May 20: I feel really bad,” to “February 6: BAD headache today,” to “April 1: Stella is unhappy at her job”. She mopes around because she thinks she’s ugly or because her best friend likes a guy she likes or because her hair is frizzy. There isn’t anything of substance to make this a worthwhile read or shed some new light on adolescence. I understand it’s a diary of a teenage girl but it’s still boring.

If a diary is to be published, it should be dynamic, intriguing, shedding new light on the protagonist or a particular situation or a period of time. Miss American Pie fails on all counts.

I couldn’t agree more. I just don’t understand how this book got published or why so many people seem to like it.

If there’s anyone reading who has also read this book, please weigh in! If you liked it, tell me why. I’d love to know.