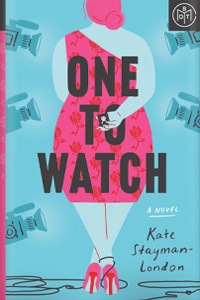 I recently read Susanna Moore's The Big Girls, a novel about a women's prison outside New York City told through four perspectives: Louise, a psychiatrist at the prison; Helen, an inmate serving a life sentence for killing her two children; Ike, a police officer working at the prison who gets romantically involved with Louise; and Angie, a Hollywood actress with whom Helen corresponds. The Angie storyline is a little bizarre, but it makes sense in the overall scheme of the book. This was the first Susanna Moore book I have ever read. I've known her as the writer of In the Cut, her novel with S&M themes, but haven't read it.

The Big Girls is a pretty brutal book. Moore is unflinchingly honest – almost dispassionate – about the horrors of these women's lives. Most of them have committed heinous crimes (mostly against family members), and most had very difficult lives beforehand. I was drawn to this book because I have always been fascinated by prisons, and I found her depiction of life in prison, while painful to read, quite interesting. My chief complaint about the book is that the themes of abuse, violence and abandonment are so rampant that I almost became numb to them. No character is spared, not the psychiatrist, not even the actress. It was almost hard to keep some of the inmates apart in my mind because their stories tended to bleed together into a morass of sadness and violence.

Louise, the psychiatrist and probably the book's main character, is also a bit puzzling. She has her own demons, but doesn't really seem to understand them or their effect on her. Her relationship with Helen, which starts out normal, veers into the inappropriate, while her relationship with her young son quickly deteriorates. I found her lack of introspection, or at least her lack of clarity about herself, frustrating.

I didn't love this book, but I didn't have a hard time getting through it. Moore is a good writer. I am glad I read it – this is a world that many of us rarely think about. I think The Big Girls will stay with me for a long time.