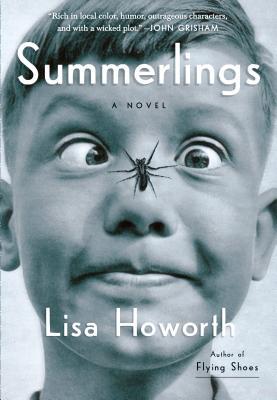 Lionel Shriver’s We Need To Talk About Kevin is one of most intense, disturbing, well-written, and deeply affecting books I have ever read. I finished it in awe of Shriver’s considerable writing talent, as well as the horrifyingly real, unforgettable story she created. I’ve struggled with this review, which is unlike me – usually I am eager to write about a book as soon as I finish it. With Kevin, though, I have found myself starting this review over and over, not entirely sure how to talk about it without giving too much away, while still giving it the credit it is due.

We Need To Talk About Kevin is the story of Eva, a woman who entered motherhood with deep ambivalence and gave birth to Kevin, a difficult baby with whom she never bonded. The book is told through letters from Eva to her husband, Franklin, in which she looks back on their marriage, Kevin’s birth, and his difficult childhood and adolescence, recounting with frank honesty her experience as a mother.

Kevin is more than just a difficult child, however – he is deeply disturbed and, in the end, psychopathic. The book culminates with him executing a mass murder at his high school – a fact that is revealed in the first chapter. His first 15 years of existence are filled with incidents that grow increasingly more hateful and demonic, and the book explores how Eva feels about her son, her role as his mother, her possible cuplability in how he turned out, and her relationship with Franklin, who consistently turns a blind eye to Kevin’s evil nature and the danger he poses to his family. There is some truly horrifying stuff in here, which I won’t reveal in this review for fear of spoiling it for readers.

I know people who won’t read this book based on the subject matter, and I can understand why. But they are missing out on Shriver’s writing. She is a beautiful, eloquent writer, as I also learned from her most recent book, The Post Birthday World (reviewed here). Here is just one passage out of many that I marked purely for their craftsmanship:

[On] the birth of both of my chidren, I could immediately discern a dominant emotional tone, like the top note of a chord or the foreground color of a canvas. In Kevin, the note was the shrill high pitch of a rape whistle, the color was a pulsing, aortal red, and the feeling was fury.  The shriek and pump of all that rage was unsustainable, so as he grew older the note would descend to the uninflected blare of a leaned-on car horn; the paint in the foreground would gradually thicken, its hue coagulating to the sluggish black-purple of liver, and his prevailing emotion would subside from fitful wrath to steady, unabating resentment.

So, what is the purpose of this book, other than being what is at heart a real-life horror story? It is a thorough, modern examination of motherhood, the nature of the sacrifice of identity, and of course, an exploration of the role that parents play in shaping their children. Was Kevin’s personality ultimately a product of Eva’s ambivalence? Or was her tortured introduction to motherhood caused by a son whose antisocial and alienating personality was formed in the womb? Were Kevin’s actions meant to impress his mother, punish her, or neither? What loyalty do parents owe to their children, even at their own great personal expense?

I feel like I could go on and on about this book and still never exhaust my thoughts and questions.

A few things to add:

Thank you to everyone who participated in this online book club. Please share your thoughts below. I am very much looking forward to the discussion!