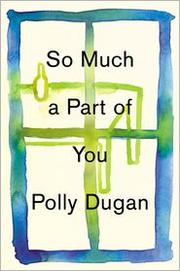 SO MUCH A PART OF YOU by Polly Dugan

Yet another Island Bookstore pick.

This one is The Mercy Rule, by Perri Klass. I've read a few reviews of this book that note that it has no plot, so if you are a reader who values plot, then stop now and read no further, lest ye be disappointed! From Amazon:

Klass explores the dramas, large and small, of parenting and medicine in an enjoyable if nearly plotless novel. A former foster child who was adopted by her sixth-grade teacher, Lucy Weiss is a pediatrician at a clinic specializing in foster kids. Lucy's deep (and occasionally unprofessional) devotion to her work brings her into contact and conflict with mothers like charismatic Delia, who eventually abandons her three kids—each named after one of the Von Trapp children. In Lucy's own family, her somewhat absent professor husband begs off of birthday party and soccer duties, leaving her as primary parent to precocious 10-year-old Isabel and possibly autistic six-year-old Freddy. Freddy's difficulties (an obsession with statistics and numbers, and stunted social abilities among them) are a recurring but unresolved thread, while an ethically questionable decision Lucy makes regarding Delia's kids lacks punch. The characters are wonderfully drawn—Lucy's angst is palpable throughout—and though there isn't much of a story arc, the heartfelt portrayal of contemporary parenting is involving, particularly so for readers who work with children.

Shelf Life blog came to the same conclusion about the plot: "Yes, many things happen, but there is no arc to the story –it's made up of a series of episodes, but it doesn't quite have a cohesive plot. However, since I found the episodes compelling, the lack of plot wasn't a major problem for me–it's more just an observation about the style, and a warning for those who don't like books that aren't story-driven." She also said, "As a mother of three, I really related to this novel. Lucy's demographic is in some ways similar to mine, and I laughed and cried over many of the poignant parenting moments in the book." [Incidentally, I am glad I came across Shelf Life blog and have added it to my reader.]

Alex at The Good, The Bad and the Bookish felt similarly: "The Mercy Rule is a beautiful, sparse slice of life. I'm usually annoyed by novels that lack an arc, but though The Mercy Rule is essentially a sequence of linked vignettes I thoroughly enjoyed the reading experience."

Weigh in if you've read The Mercy Rule – did the lack of plot bother you?