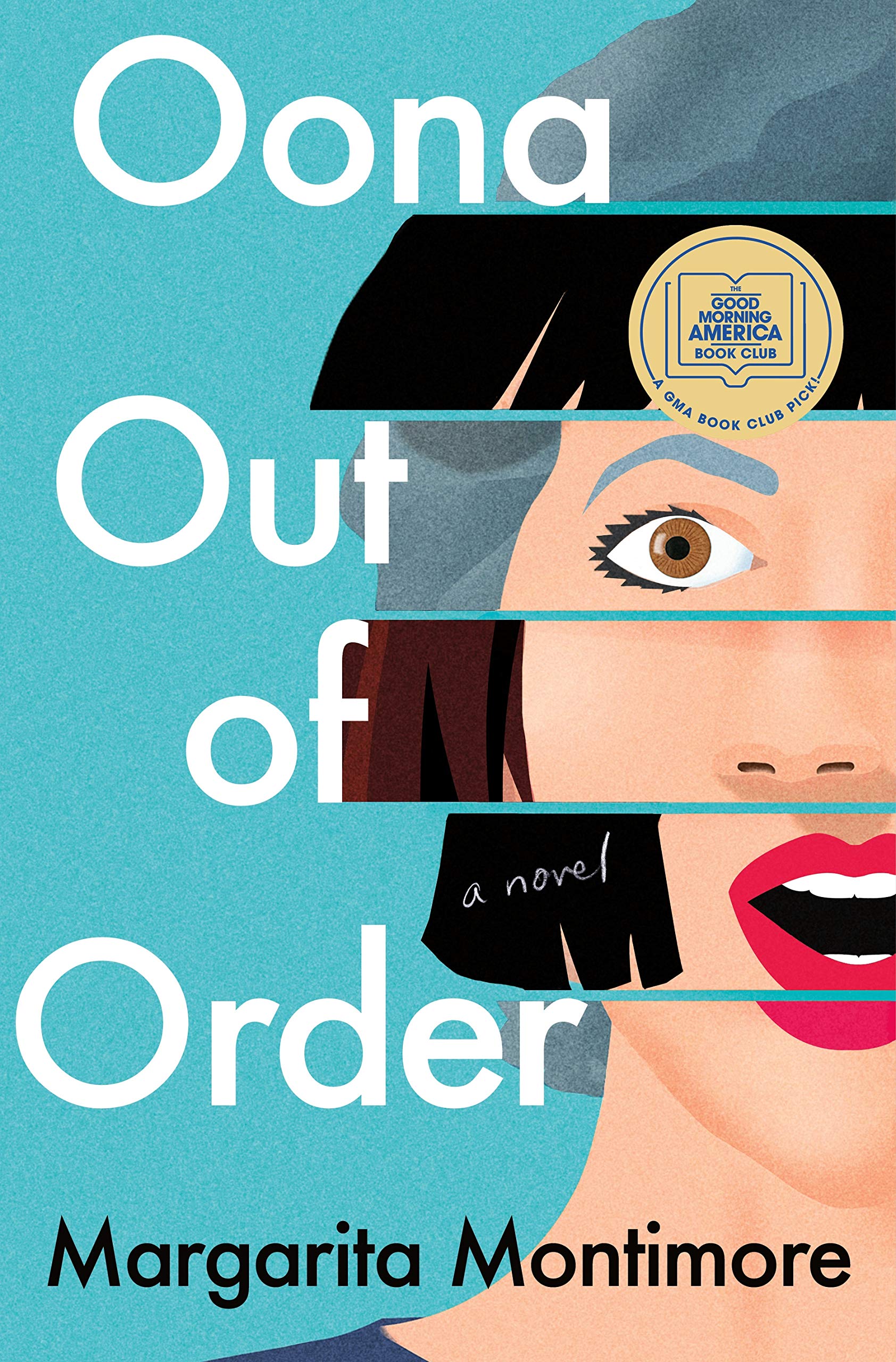 OONA OUT OF ORDER by Margarita Montimore

Before I get to the review, I must thank EDIWTB readers for nominating this blog for Book Blogger Appreciation Week. I am thrilled and flattered to say that I got six nominations: Best Literary Fiction Blog, Best General Review Blog, Best Reviews, Best Writing, Best Book Club Blog, and Best Publishing/Industry Blog. I can't thank you enough for taking the time to go to the BBAW site and vote for me, and for including me in so many categories! I actually withdrew my nomination from the Publishing/Industry category, because I really don't write about the industry that often. I am focusing instead on the other five. I have to send in five blog posts for each category, which will be judged and scored. The blogs with the top five scores in each category will be on the shortlist for voting, which happens in September. So I am in the process of choosing posts and will send in my five lists of posts by midnight tomorrow to be considered. Thank you again for your support!

And now, to the review.

Vacation read #4 was The Senator's Wife, by Sue Miller. This is maybe the fifth Sue Miller novel I have read, the others being For Love,  Family Pictures, The Good Mother, and Lost in the Forest (reviewed here). The Senator's Wife is about two women who live next door to each other in a Boston suburb - Delia, the wife of a former U.S. senator named Tom, and Meri, a newly married, newly pregnant woman in her late thirties who has recently moved to the town. Neither woman is in an ideal situation – Delia, who is in her 70s, is married to Tom in name only. After a series of affairs early in their marriage, Delia refused to live with him, but she also refused to leave him. Despite all of his faults - faithlessness, self-centeredness, addiction to attention – Delia loves him, and can't cut her ties to him. So she resorts to seeing him a few times a year, and splitting time alone between Massachusetts and an apartment in Paris.

Meri loves her husband Nathan, a college professor, but she has deep ambivalence toward the trappings of marriage and commitment. She is relatively detached from the new house she and Nathan move in to at the beginning of the book, and when she gets pregnant, she is similarly emotionally distant from the pregnancy and, ultimately, the baby, at least initially. The Senator's Wife is ultimately about the relationship that develops between Meri and Delia, and how these two women in different stages of life both depend on and alienate each other.

I must confess – this is my least favorite Sue Miller novel. First, I found it a bit boring. She includes so much description in each scene that I kept thinking Something Dramatic Was Going To Happen, only to learn that all that was happening was a lot of description. Second, I found some of Meri's actions to be unrealistically childish and selfish. I understand that Miller needed to introduce some tension to move the plot forward, but I think she could have accomplished that without making Meri so unlikable. Delia was frustrating for her own reasons, but Miller did a better job of justifying, or at least explaining, her motivations. Finally, the ending is surprising. I won't spoil the book by revealing what happens, but I didn't see it coming. And while it did force the book into a tidy closure, it wasn't particularly satisfying.

I am usually a big fan of Sue MIller. I think she is a master of domestic fiction, and I have always liked her work. This book was just not my favorite. I may be in the minority on this one – there are plenty of people who enjoyed this book. Here are some links:

There's No Such Thing As A God-Forsaken Town: "This author is great at writing about situations that are full of ambiguity, situations that make the reader feel uncomfortable. I guess her books are the opposite of escapist fiction…. All the characters are vividly drawn, and all are deeply flawed. Even though I knew something dreadful was ahead, I couldn't stop reading."

Blogcritics: "Beautifully written and expertly plotted as all Miller’s novels are, the book is an engaging and even enthralling read, as the author takes us deep into the lives of two very different women who become friends by chance."

The Book Lady's Blog: "Women young and old, married and single, and of all walks of life will relate to and be drawn into this phenomenal novel. The Senator’s Wife is a discussion starter, a call to dialogue between women, and proof of just what can happen when we are willing to explore the truth about our emotions and our experiences in all of their messiness and complexity. Miller knows that relationships are not clean and simple, and in allowing her characters the freedom to grapple with important and difficult questions about their lives, she encourages us to do the same."