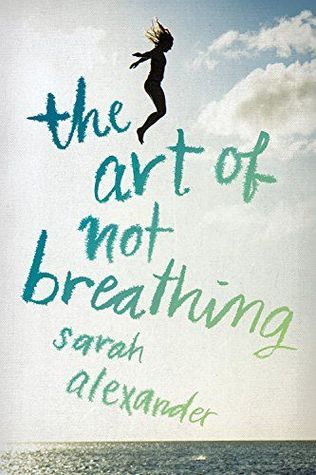 THE ART OF NOT BREATHING by Sarah Alexander

This Is Where I Leave Youis about Judd Foxman, a man living in the New York suburbs whose wife has just left him for his boss, and whose father has just died of stomach cancer. Judd ends up sitting shiva for a week at his childhood home, with his mother, two brothers and a sister – his father’s dying request. (Or so says his mom). The book is about that week, and Judd’s interactions with his family and his wife, with whom he is still in love.

This book is firmly in Tropper territory: a thirty-something man who has trouble expressing his emotions except through sarcasm; a dysfunctional family helmed by a gruff, uncommunicative father and a flagrantly inappropriate mother; a flawed romantic relationship; unresolved tensions and issues from high school; a couple of fistfights; and a somewhat plausible resolution at the end. But, like Tropper’s earlier works, This Is Where I Leave You is laugh-out-loud funny, snarky and well-written. The plot flows at a perfect pace. And Tropper skewers everything in his path: infertility treatments, reform Judaism, children’s psychology, and so much more.

I found the passages about Judd’s father’s death to be a little bit trite, though the depiction of the funeral was particularly well-done.

This Is Where I Leave You may be a bit predictable, but it’s a very entertaining read. Highly recommended.