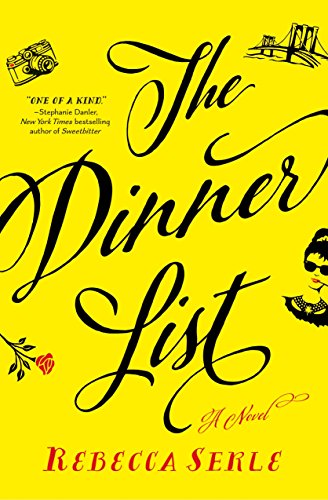 I was lucky enough to get TWO authors that I admire to answer my questions last week. The first was Jean Kwok, author of Girl in Translation. The second was Lauren Grodstein, whose book A Friend of the Family I read last year and loved (click here for my review)

I also have a copy of A Friend of the Family to give away to an EDIWTB reader. To enter, leave a comment here with your email address, and I will pick a name at random on Thursday, October 14. Thanks to Lauren Grodstein for taking the time to answer my questions and to Algonquin for the copy of the book.

Q: This book was one of my favorites of 2009. The question on my mind the whole time was: how did you get yourself into the mindset of a fiftysomething man so convincingly? Did you base the book on someone you know?

A: Pete really isn't based on anyone I know – in fact, I have a hard time writing people I know, since I become so consumed with getting the depiction "right" that I forget I also have to make it good.  So Pete was truly a figment of my imagination, although certain things – the doctor stuff especially – was based on some of the experiences of the doctors I know, friends and people in my family.  As for how I got into his mindset, I just woke up one day, as corny as it sounds, and Pete's voice was in my head.  It was just there, like a radio announcer's.  He talked me through the whole manuscript, and when I was done with it, he was gone.  It almost felt like transcription though while it was happening, though, like someone was dictating to me the most important details of his life.  It was kind of magical even though I don't really believe writing is magic.

Q. As a parent, watching Pete lose control over his son's future was extremely disturbing. Is this a cautionary tale for parents, with the moral being that in the end, we are powerless over our children's destinies?

A: I try not to write cautionary tales, or write stories with any particular moral or meaning.  All I ask of my novels is that they entertain, that they make the reader want to keep turning pages.  If people find some lessons in them, that's terrific, but it's not what I ever set out to do.

Q: Who are some of your favorite authors?

A: Ah – I love so so many different writers!  Philip Roth, Richard Ford, Evan S. Connell, Elizabeth Strout, Zadie Smith – and then also Virginia Woolf, Edith Wharton, Ring Lardner, MFK Fisher.  And I love mystery novels and I read cookbooks like they're thrillers, and also, with my two year old, I've rediscovered my love of Richard Scarry and Dr. Seuss.

Q. I'd love to hear about how you plotted A Friend of the Family, which I  thought was perfectly paced. Did you have the whole story outlined from the start, or did you let it develop as you wrote?

A: I always work with a rough outline, and as I'm finishing one chapter I'm sketching out the next.  But the plot of Friend was, in some ways, really just a series of flashbacks, and I wrote them in a sort of piecemeal way, and then had to rejigger them after I'd finished my first few drafts so that they'd make more sense to the reader.

Q. What is your writing process like? Do you write for the same amount of time every day, or do you let inspiration strike when it may?

A: When I'm in the middle of a novel, I'm all about page counts. Ten pages a day for that first draft, and if it takes me four hours to write them, great, and if it takes me all day, then I'm going to sit in that chair all day. The ten pages don't have to be any good – and usually they're not – but I worry about that in the second draft. For the first draft, I just want to bang it out so that I can then begin re-drafting, reimagining; for me, that's where the fun stuff really begins.

Q. What are you working on now?

A: A new novel!  Right now I've got a Colombian finch, a shoebox full of alcoholic mice, and a famous evolutionary biologist.  We'll see where this goes.