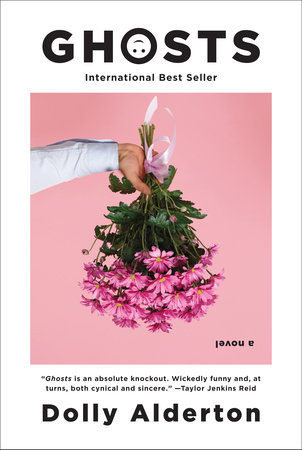 Well, it’s done. I finally finished the long slog of The Marriage Plot, by Jeffrey Eugenides.

I had high hopes for this book. First, it’s about three Brown graduates from the 80s, and the first third of it takes place at Brown and in Providence. (I went to Brown in the 80s.) Second, it’s by Jeffrey  Eugenides, an author whose previous works I greatly admired (The Virgin Suicides and Middlesex (reviewed here)). And third, it’s about marriage and love and literature. What’s not to like?

Well, a lot. I didn’t love The Marriage Plot. I stuck with it, and am glad I did, but I really didn’t enjoy it all that much.

The Marriage Plot is about a triangle: Madeleine, Leonard and Mitchell. Mitchell has been in love with Madeleine since freshman year. Madeleine has been dating Leonard since the middle of her senior year. When the book opens, Madeleine and Leonard have broken up, they are all about to graduate, and Mitchell and Madeleine have made up years after a fight they had sophomore year. The Marriage Plot follows the three of them for the next year or so, during which Leonard has a breakdown caused by his manic depression, Mitchell travels around the world, and Madeleine and Leonard reconcile and try to start a life together.

Like Middlesex, this is an ambitious book. Eugenides takes on a lot of topics – the demise of the titular “marriage plot” in modern literature (tied to the demise of the traditional marriage structure itself); many aspects of religion and faith; biology and the reproductive habits of yeast; manic depression; semiotics. They are all meticulously researched and presented, like in Middlesex, and Eugenides’ writing prowess is as strong as ever. But here’s the problem – I just didn’t really care about most of it, and found it instead tedious to get through. What was the point of this story? There were so many extraneous detours that I kept wondering, “So what?” Was Eugenides just showing off? Did he not know where he wanted to go when he started this book? Where was his editor?

And his characters – they too were aimless and drifting, like their plot. I do remember those post-graduate years and how lost I sometimes felt, but these three took it to an extreme. They just sort of floated along, without much purpose or even desire, passively landing where circumstances took them. Madeleine was the most guilty of this; she seemed incapable of making a single decision that wasn’t foisted on her by someone else. I found her infuriating.

I really wanted to like this book, and on paper (hee) I should have. But it just didn’t add up in the end. There are memorable vignettes throughout, and for that reason I think it was it worth my time. As an overall novel, I don’t think it succeeded. Perhaps Eugenides tried so hard to disprove the marriage plot that he was simply left without one.

I listened to this book on audio almost exclusively, and while the narrator was excellent in places (especially when narrating men with accents), his narration of the women’s characters was awful. He made them sound like men in drag – overly feminine, listless, almost like caricatures. Maybe that’s why I hated Madeleine so much – I couldn’t stand the way she (or her mother, or her sister, or her roommates…) talked. It was painful to listen to those sections of the book when she actually spoke.

Some people liked this book a lot, and others have voiced similar complaints to mine. I’d love to hear what EDIWTB readers have to say about it.