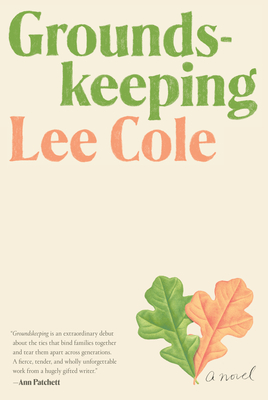 I am here! Please don’t give up on me, EDIWTB readers. I am still here, and reading, and trying to find time to post. And this week I will be at BEA – yay! – so I will have lots of book-related stuff to share. Thanks for sticking around to read the blog, even when my posts have been spare.

I finally read a book that has been on my radar – and my shelf – for quite a while: Three Junes by Julia Glass. I had heard uniformly good things about it, and finally gave it a shot. And the reviews were right – it was very good.

Three Junes is essentially three novellas within a novel, each of which takes place in June, spread ten years apart. In the first section, Paul Mcleod, a widower from Scotland, travels to Greece after his wife’s death and falls for a young American he meets on the trip. In the second – and longest – section, Fenno, Paul’s oldest son, travels from his home in Greenwich Village back home to Scotland when his father dies unexpectedly. In the third, Fenno has a chance encounter with Fern, the young woman his father had met in Greece, during a weekend in the Hamptons.

Three Junes felt to me like an old-fashioned novel:  rich, textured, and very moving on both personal and more universal levels. I am having more trouble with this review than usual – there is so much going on in the book that I find it hard to summarize! It is a family saga – about Paul’s three sons, Fenno and twins David and Dennis – and the secrets and resentments that have built up over the years. It is about keeping secrets from one’s self and the dangers of denying who you are and what you want, for fear of shaking up your life beyond recognition. It is about the tragedy of AIDS, and the effects of infertility and depression, and parenthood, and being an expat, and so much more. It’s both sweeping and minute at the same time, if that makes sense.

I loved Fenno – a quiet, introspective man with so much going on beneath his wry, restrained veneer. He’s not perfect, but he’s so compelling and easy to relate to. I finished the book yesterday, and I already miss him. It is hard to believe that this was Julia Glass’s debut novel. Her writing is beautiful, and Three Junes is expertly structured and paced. The middle section was the strongest, but there were highlights in the first and third that made the second even richer.

I experienced Three Junes mostly on audio, and it was wonderful. The narrator, John Keating, was nearly perfect. I loved his brogue and his Fenno was wonderful. I wasn’t crazy about his American accents, and the gay characters (particularly Tony) were a bit over the top for me. But overall, the audio was very well done.

Really enjoyed this one – and will be looking for more Julia Glass. What do you recommend?