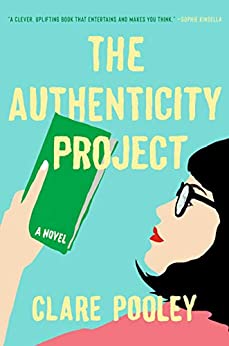 That’s what I have to say about Dept. of Speculation, by Jenny Offill.

It’s the kind of book that you try to read slowly, because you want to savor it and make it last as long as possible. You want to sear the passages into your memory so that you can conjure them up later. It’s that good. It kind of snuck up on me – I wasn’t blown away by the first third or so, but by halfway I knew I was holding something pretty special in my hands.

Dept. of Speculation is a fresh, unique take on a pretty common theme: urban parenthood, marriage, adultery. There’s the wife – a writer who came to motherhood somewhat reluctantly but who loves her husband dearly. And there’s the husband, who is steadfast and loving, until he isn’t. (Neither of them are named.).

Dept. of Speculation is sort of a combination of prose and poetry. The paragraphs bounce around a little, from the deep to the mundane. But they weave together to form a beautiful, messy whole that painfully, accurately describes love, motherhood, writing, despair, therapy – all of it. One minute, I’d be laughing out loud at how Offill nailed some aspect of modern motherhood, and the next I’d be gasping at how well she described the acuity of the wife’s vulnerability and sadness.

There is a narrative shift halfway through the book that is significant but still works.

I am finding it hard to review Dept. of Speculation – I think it’s one that you have to experience to get a sense for what it’s about. Pp. 72-73 in particular will take your breath away. Or this line: “The only love that feels like love is the doomed kind. (Fun fact.)”

I could go on and on. Great book. Depressing-o-meter: 7. Though it’s more painful and insightful than depressing, really.