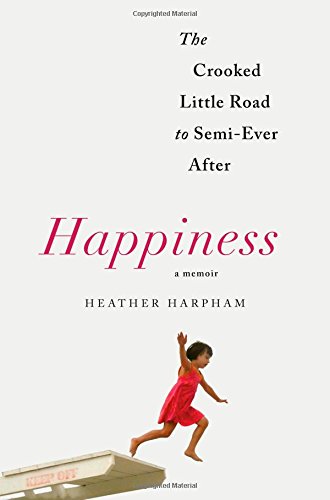 “Unremarried Widow” is the classification given to military wives who have lost their husbands but not remarried since their deaths. Artis Henderson was in her mid-20s when she met her future husband, Miles, in a dance club in Florida. She was a bit unrooted at the time, hoping to become a writer but without much of a game plan. Her connection with Miles – an Army pilot from Texas – took her by surprise, and she fell in love with him despite her misgivings about marrying into the military. Artis and Miles married just a few months before he was deployed to Iraq, and not long after that his Apache helicopter went down in a sandstorm, killing Miles and his experienced co-pilot.

Unremarried Widow is Henderson’s memoir of her short time with Miles and her grief over his devastating accident. She is unflinchingly honest – about the conflicts they had while he was in Iraq, about her numbness after his death, about her feelings about his fellow soldiers who survived their deployments and returned home. Unremarried Widow is compulsively readable (I devoted a few late nights to this one) and painfully sad. It’s an important book to read, not only for its exploration of grief, but also for its depiction of the sacrifices made by military spouses.

One theme in Unremarried Widow focuses on Henderson’s relationship with her mother, also an unremarried widow. Artis’ father was killed in a plane crash when she was only 5 (she was in the plane with him at the time). Her mother was beyond stoic after losing her husband. Artis describes: “My mother… who I rarely saw cry after my father’s death and who had done such an effective job of erasing him from our lives that he had been lost to me. My mother, who never remarried. Who was permanently, unpardonably alone. Who I had tried my entire life not to become and whose fate, despite my best efforts, I now shared.” Artis’ model of widowhood – her mother –  was not the right model for her, and she had to understand her mother’s perspective before she could turn to her mother for support.

I also found Henderson to be refreshingly offbeat, sort of a free spirit among the regimented Army life that became hers by default. She didn’t toe the line, often to her disadvantage, but she lived an honest life, and loved and appreciated Miles for who he was, including his dedication to the Army.

Increasingly, I find myself drawn to books about military life – I loved You Know When The Men Are Gone and have Sparta, The Yellow Birds, and Billy Lynn’s Long Halftime Walk on my TBR list. I thought that Unremarried Widow was an excellent read and I highly recommend it.

I give Unremarried Widow an 8 on the Depressing-O-Meter. Obviously the subject matter is incredibly sad, and Artis’ honest look at loss gives it great depth and power.