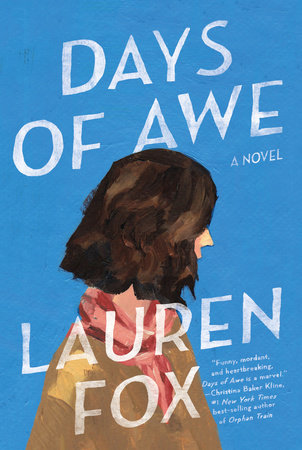 DAYS OF AWE by Lauren Fox

It’s never a good sign when you find yourself yelling in frustration in the car as you listen to an audiobook, right?

That happened to me often while listening to Hotel on the Corner of Bitter and Sweet by Jamie Ford. I found this book incredibly annoying, for a whole host of reasons.

I have had Hotel on the Corner of Bitter and Sweet in the house for years – I must have acquired a review copy in 2008, because it still had the publisher’s promo material tucked in when I opened it. I saw the audiobook at the library last month and picked it up, because the premise of this book has always intrigued me. It’s about Henry, a Chinese-American boy growing up in Seattle during World War II, who befriends Keiko, a Japanese-American girl in the private school they both attend. They become fast friends, much to the disapproval of Henry’s father, who, as an immigrant himself, views the Japanese as enemies of both America and China.

Keiko and her family are ultimately moved to internment camps, first in Washington state and then further away in Idaho. Henry, who has fallen in love with Keiko, pines for her, manages to visit her on several occasions, and then spends the rest of his life missing her and wondering what happened to her. He ultimately marries a Chinese girl, has a son, and outlives his wife, who dies of cancer in the mid-80s. Hotel on the Corner of Bitter and Sweet flips back and forth between 1942 and 1986, as the reader gets caught up in wondering whether Henry will ever find Keiko and enjoy a happy ending.

Here are the main reasons why I disliked this book so much:

2. It reminded me of a book my 9-year olds might read, in that every last emotion was explained, explicitly. Every comparison, every theme, was stated, as if Ford didn’t trust the reader to grasp anything on his or her own. There was no subtlety AT ALL. The title itself should have been a warning of what was to come.

3. I had a really hard time believing that Henry and Keiko, who were 12 when they met, were in true, lasting love. They were just too young. And while Ford told me over and over that Henry loved Keiko, they didn’t really seem to say much to each other when they were together. Even when they finally “parted” at age 15, I had a hard time accepting that she was the love of his life.

4. There were so many cliches in the book that I thought I was reading a movie script. The generous, wise, older African-American friend. The white bully who got his comeuppance. The deathbed confession by the stubborn father. The ending, in which two people who hadn’t seen each other in 40 years fell back in sync (and in love) just by hearing their old song. Not only did these elements make the book incredibly predictable, but they were annoying and shallow.

I listened to this book on audio, except for the last 20 pages, when I wanted to just finish and be done with it. Surprisingly, the print version didn’t annoy me quite as much as the audio did. I didn’t notice the repetition as much in the print (but the cliches certainly remained!). I thought the narrator was OK while I was listening to it – his accents were a bit exaggerated, but I blamed the book itself for Hotel on the Corner of Bitter and Sweet‘s shortcomings. Maybe the blame should be shared more equitably.

If you’re tempted by the story and setting, I’d recommend reading Julie Otsuka’s The Buddha in the Attic or When The Emperor Was Divine, which are both about the Japanese internment camps. Save yourself the frustration of reading Hotel on the Corner of Bitter and Sweet – it’s not worth it.

Depressing-o-meter: It should be higher than this, but the book was so annoying that it detracted from the emotional power of the story: 5.