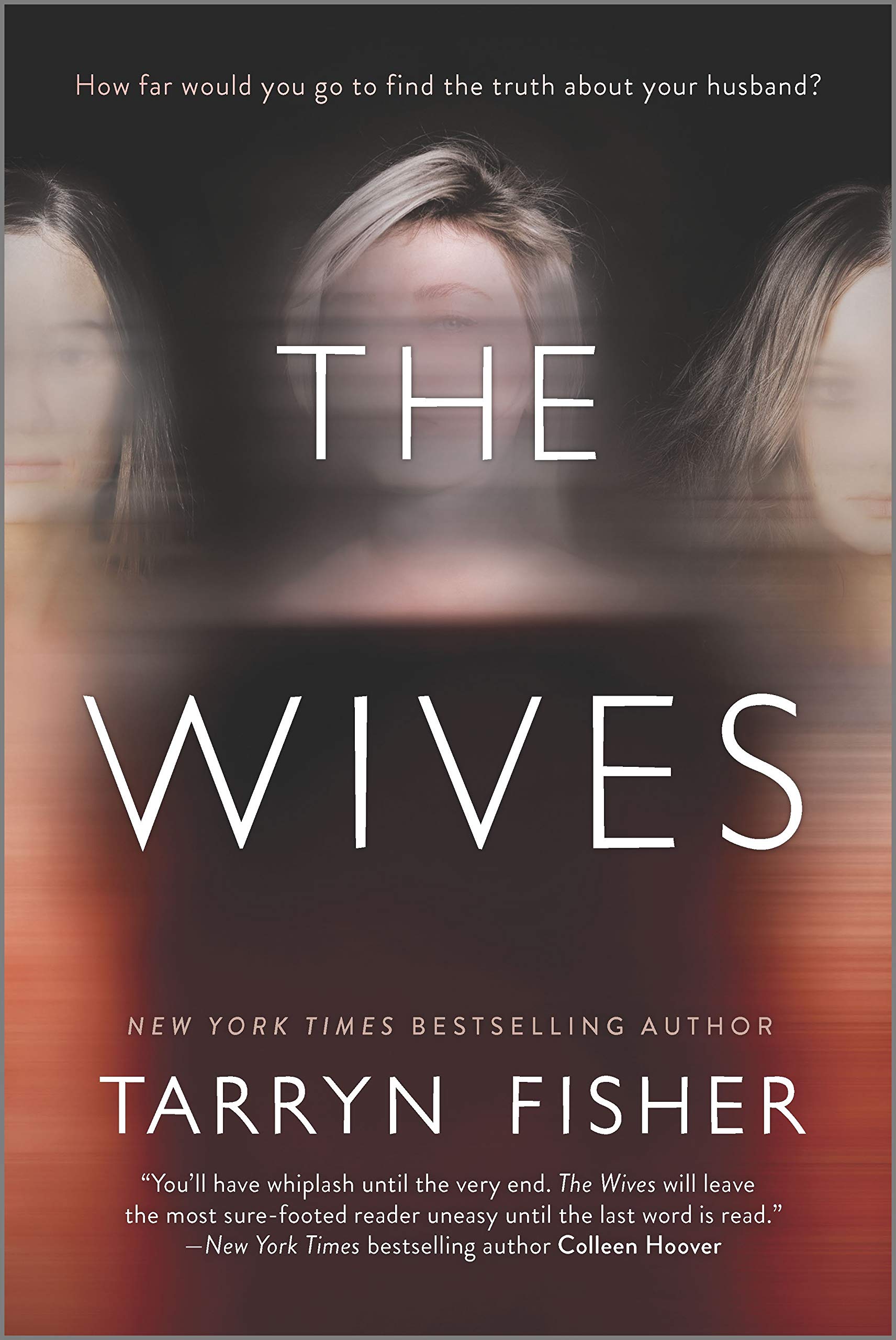 THE WIVES by Tarryn Fisher

There has been a recent mini-explosion in British psychological thrillers with unreliable female narrators, perhaps fueled by the incredible success of Gone Girl. And I have succumbed to their wily charms. I am in the middle of The Girl on the Train on audio, and just finished Her by Harriet Lane. Both are hot books this month – and in fact both were reviewed together yesterday in the Washington Post.

WARNING: MILD SPOILERS AHEAD. (I won’t ruin the surprise of the book, but I may share more than you want to know if you’re planning to read Her.)

I will divide my experience reading Her into two parts: the first 90 percent, and the last 10 percent.

The first 90 percent: I was hooked.

Her is about two women – Nina and Emma. They are the same age, but Nina has a 16 year-old daughter and is a successful artist, while Emma has a toddler and and a baby, and has left behind a career in television news to stay at home with her kids. Nina is cool and pulled-together, while Emma is exhausted and frazzled. They live in the same neighborhood, and when the book opens, Nina has just seen Emma for the first time in many years. We learn that Emma wronged Nina once, many years ago, and that Nina is still very angry, but we don’t know what Emma did. Emma doesn’t recognize Nina, and is therefore unsuspecting and open when Nina slowly starts to ingratiate herself into Emma’s life.

Lane sets up her story beautifully. Nina shrewdly constructs situations in which Emma will be worried and anxious, and Nina will come to the rescue. She returns Emma’s missing wallet. She finds Emma’s son, who has wandered away from the park, and takes him to the police station. She comes to the rescue as a babysitter when Emma’s other babysitter (who happens to be Nina’s daughter) cancels. Her is told from both women’s perspectives, alternating, so as Emma’s gratitude toward Nina grows alongside Nina’s parallel plotting and manipulation. Nina is always in a position of power and generosity, putting Emma into situations that make her feel self-conscious and helpless but grateful.

I LOVE Lane’s writing. Love it. The little details she peppers in that beautifully convey motherhood and women’s friendship. Her observations about modern life: “Looking through Emma’s collection, I’m struck by how little these pictures have in common with the photographs people take now, the casual why-not off-the-cuff snaps of people yawning or laughing or mucking around. Emma’s parents saved their film for shots that stood a good chance and that mattered. The times when the light was right and people were still and formal, conscious of the moment, already colluding in its artifice.” I couldn’t get enough of Her. I couldn’t wait to finish and find out what Emma had done that deserved Nina’s cruel treatment and how she would eventually uncover Nina’s true motives.

At the end, Lane finally reveals why Nina was so angry at Emma, and it was a major letdown. I found it totally implausible that Emma’s actions, which were basically unwitting, would have set Nina off so many years later. I wonder if Lane got to the end of her story, realized she had no idea what had propelled it, and found a hasty candidate in a thin – borderline laughable – motive.

Or maybe it was intentional. At one point toward the end, Nina is thinking about a thriller that another character is reading: “I don’t say that I’ve read it and enjoyed it, though I found the final plot twist unsatisfying, as plot twists often are: nothing like life, which – it seems to me – turns less on shocks or theatrics than on the small quiet moments, misunderstandings, or disappointments, the things that it’s easy to overlook.” Perhaps that was Lane’s point – Nina didn’t need a huge, dramatic transgression to justify her actions; a simple disappointment was enough. I’d love to know.

Overall, I was so disappointed by the ending of Her that I almost regretted reading it, but in the end, Lane’s beautiful writing justified the hours I spent on it.