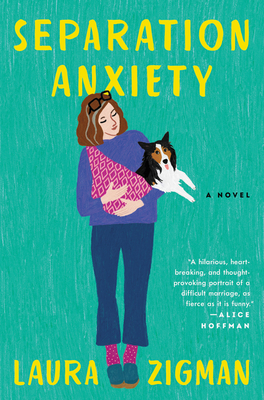 Jean Kwok’s first novel, Girl in Translation, told the story of Kimberly Chang, a Chinese immigrant living with her mother in Chinatown and trying to assimilate into an unfamiliar Western world of privilege

Kwok’s second novel, Mambo in Chinatown, addresses some similar themes. It’s about Charlie Wong, a woman in her early twenties living with her father and younger sister in Chinatown. She works alongside her father in a noodle shop washing dishes, but aspires to do anything else that would get her out of the restaurant. She was not a good student and has had a bad track record in other jobs, so she feels particularly stuck. Meanwhile, her 11 year-old sister Lisa, who is bright and engaged, has started developing some strange medical problems that are worrying Charlie and her father.

The novel takes off when Charlie applies for a job as a receptionist at a ballroom dancing school. Unexpectedly, she gets the job. She works as a receptionist until one of her mistakes causes an upcoming class to be left without an instructor available. With no other options, the school management decides that Charlie must teach the class. She gets a crash course in ballroom dancing, and her new life as a dance instructor is born.

Mambo in Chinatown is a gentle, slow-paced story about Charlie’s breaking away from her strict Chinese father and embracing a Western life, one that comes with showier clothes, non-Chinese men, and a lot of Latin rhythms. At the same time, she has to balance her new life and interests with looking after her sister and trying to unearth the problems behind Lisa’s troubling symptoms. She is very loyal to her father, a widower, and has many familial and societal expectations to live up to which come into conflict with her newly-discovered love of dancing.

I liked Mambo in Chinatown, though perhaps not as much as Girl in Translation. Where Kimberly was stubborn and focused, Charlie was at times frustratingly scattered and meek. I understood the tension she faced over the Eastern and Western forces in her life, but I thought some of it seemed a bit extreme. (Would no one – especially Charlie – have insisted that Lisa see a Western doctor?). I did enjoy the glimpses into life in Chinatown – the witch doctor, the tai chi instructor, the matchmaking – and was moved by the difficult economic circumstances that the Wongs were in, which prevented the family from enjoying almost any luxuries. I think dance is a hard thing to convey in writing, but Kwok did a good job of communicating what Charlie and her partner were doing without getting too mired in steps and dance terminology.

I listened to Mambo in Chinatown mostly on audio, and thought the narrator, Angela Lin, did a great job. She had good accents, particularly for Pa, and I liked her depiction of the different dance instructors. I wasn’t crazy about her voicing of Lisa, who was perhaps more whiny than necessary. But her voice overall was soothing and calm, which was a good match for Kwok’s tone and her style of writing.

Overall, Mambo in Chinatown was an enjoyable and memorable read. I am a big fan of Kwok’s, and will read anything she writes!