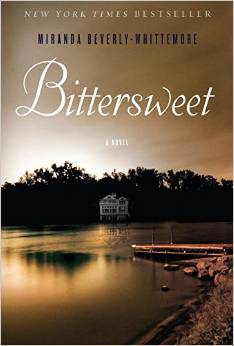 Anyone up for a depressing family drama?

The latest in my canon of depressing family reads was In The Language of Miracles, by Rajia Hassib. It’s about an Egyptian couple, Samir and Nagla Al-Menshawy, who move to the U.S. and eventually settle in suburban New Jersey. They have three kids, Hosaam, Khaled and Fatima, and live quiet lives of assimilated immigrants until Hosaam, age 19, shoots and kills his ex-girlfriend/next door neighbor, and then himself. When In The Language Of Miracles opens, it is one year after the shooting/suicide, and the neighbors are planning a memorial service for their daughter, Natalie. The wife comes over to Samir and Nagla’s house to tell them about the memorial service, and after she leaves, the couple immediately disagrees about whether it would be appropriate for them to attend.

In The Language Of Miracles plays out over the next week, with a lot of time spent inside the heads of this grieving, troubled family. Samir is proud and stubborn, refusing to consider whether his own intransigence might have alienated his oldest son. Nagla is grieving for her lost son and also at a loss as to how to deal with Samir – should she defer to his wishes like an obedient, traditional Muslim wife, or stand up to him and try to dissuade him from attending the service? Khaled, we learn, has very mixed feelings about the brother who turned his life upside down. He is not getting the support he needs from his parents, and steals off to New York City when he can to meet with an older female friend there who shares his love of butterflies but knows nothing of this tragedy that has befallen his family. And finally, there is Ehsam, Nagla’s mother, who has moved to the States from Egypt to help care for the family in the wake of Hosaam’s death. She is a traditional Muslim grandmother who cites the Koran and offers old-fashioned Egyptian remedies when her family is sick. She, too, is grieving as she tries to support her daughter and grandson navigating the firestorm after the shootings.

Here’s my issue with In The Language of Miracles: it is devoid of any joy or redemption whatsoever. It is a meticulous analysis of the internal thoughts of the members of the family, most of whom have a reason to be disappointed in the others. Not much happens over the course of the week other than the struggles and hardship of what they are going through. And those disappointments are extremely well-documented. There were interesting glimpses into Ehsan’s relationships with her daughter and son and the ensuing clashes of traditional and modern, and I enjoyed the immigration aspect of the story. I would have liked to have learned more about Hosaam’s relationship with his girlfriend. We see flashbacks of him withdrawing from his family, but ultimately are left with little understanding of why he resorted to such a desperate act.

There is little evolution or progression in the book. Even the climactic scene – the memorial service – is a rather ambiguous affair. I had to reread the chapter a few times and I am still not entirely sure what happened.

Hassib’s writing is precise and eloquent. But I was ultimately left cold by In The Language of Miracles. It is a debut novel; perhaps over time Hassib will become more comfortable with showing rather than telling.