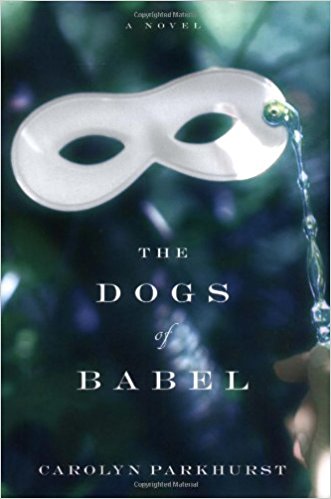 THE DOGS OF BABEL by Carolyn Parkhurst

Lily Tuck’s I Married You For Happiness takes place as Nina, a woman in her late sixties, lies in bed next to her husband Philip, who has just died suddenly of a heart attack. The book is not linear, but instead jumps around in time and topic as Nina passes the night next to her husband.

Nina is a painter and Philip is a mathematician. They met in Paris, but now live in Massachusetts. Much of the book consists of Nina’s memories of how they met and their early lives together, but Nina’s thoughts also touch on their daughter Louise, trips they took as a family, Philip’s math lessons, and even affairs she had with other men. She flits from topic to topic in a stream of consciousness, as memories spur other memories and images swirl around in her mind.

I admire Tuck’s effort to capture how people really think (or at least how I think), with detours and interlopers intruding on whatever is occupying her mind at the moment. She also paints a poignant picture of Nina and Philip’s marriage, with many moments of humor, passion and affection compiled from years of meals, trips and just general coexistence. Nina is not perfect – she sometimes lies and sleeps with other men – but she is devoted to Philip and absolutely devastated by losing him.

Math themes are woven throughout the book – theories of probability and attempts to solve questions about death and human behavior. The contrast between Nina’s artistic sensibilities and Philip’s mathematical mind shows up repeatedly in their marriage, through her impatience with his need to solve everything and his impatience with her inability to understand complicated concepts. But Tuck convincingly establishes the foundation of their marriage, from their first meeting in a café to their comfortable academic life in Massachusetts.

I liked I Married You For Happiness, but I didn’t love it. I’ve enjoyed other books written in a similar stream of consciousness style – Susan Minot’s Evening comes to mind, which I read ages ago and adored – but found this one sort of boring. Maybe it’s because the same things kept recurring – beach vacations, meals, Philip’s math, other men finding Nina attractive. The image resulting from Tuck’s many brush strokes wasn’t as rich as I’d have liked. It was all pleasant, but I had no problem putting the book down.

Depressing-o-Meter: The book is sad because the husband has just died, but that’s really the only depressing thing that happens.  5 out of 10