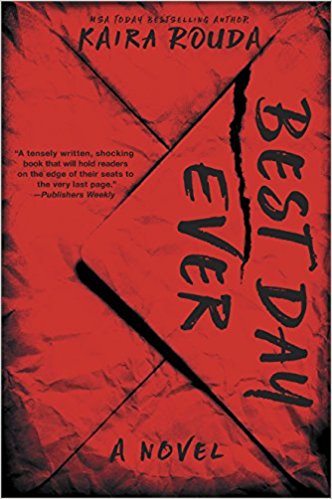 BEST DAY EVER by Kaira Rouda

One of the books with a lot of buzz going in to BEA this year was Homegoing, by Yaa Gyasi. It is definitely one of the hot books of June, and for once, I actually read a book right when it came out! Shocking. 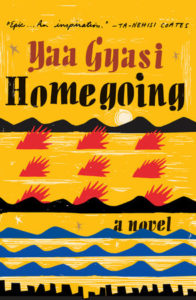 Homegoing is a sweeping book about the legacy of slavery in Ghana that covers 300 years tracing the ancestors of two half-sisters. One, Effia, married a British colonist and moved to a life of relative luxury, while her half sister, Esi, is sent to America ship via the slave trade, where her children and grandchildren are raised as slaves. The book follows the two threads of the family tree as the generations are born and the decades pass. The chapters alternate between Ghana and America, with each chapter devoted to one person from each generation.

Homegoing is an admirable novel, and I enjoyed it and am very glad that I read it. Gyasi powerfully depicts the shameful legacy of slavery and racism in so many contexts, providing a rich and, at times, almost unbearably painful picture of how deeply they have affected society over the last few hundred years. The African chapters trace European colonization, the slave trade, tribal warfare and poverty, while the American chapters loko at slavery, Jim Crow, racism, the Great Migration and the civil rights movement. The two threads come together in the end, when the present day descendants of Effia and Esi meet and decide to return to Ghana and, unwittingly, the place where their ancestors were originally entwined.

This is not a light read.

I commend Gyasi for her meticulous construction of these parallel paths, and how the dual plots unfold in lockstep despite the thousands of miles and cultural abysses that separate them. Her chapters are almost like short stories, since each one introduces a new character (and a new type of injustice), but the stories are linked both in theme and in genealogy. I think that the wide cast of characters may have made the book less enjoyable for me, as every time I had to re-establish where I was in the family tree (luckily included at the front of the book) and the historical context for the latest installment. This construct made the book a little harder to get into.

At the same time, I learned a lot that I didn’t know before, such as that freed slaves in the South were routinely convicted of petty crimes and forced to work in coal mines for years to pay off their fines, effectively reestablishing slavery despite its illegality. There is a lot of unforgettable horror in here, but there is also love and hope. Homegoing is not a simple book: Gyasi offers a textured portrayal of black Africans who traded their own people to Europeans and light-skinned black Americans who forsook their roots and abandoned their children to avoid the impact of racism.

I listened to Homegoing on audio. The narrator, Dominic Hoffman, ably handled both continents, adopting one accent for the African chapter and another for the American ones. I thought he did an excellent job. HIs voices for men, women, children, white, black – all seemed accurate and authentic.

Overall, I really recommend Homegoing. It’s not a beach read, so save it for when you’re looking for something you can really think about and digest.

(I went to a Q&A with Yaa Gyasi a few weeks ago, which I will write up here in a few days.)