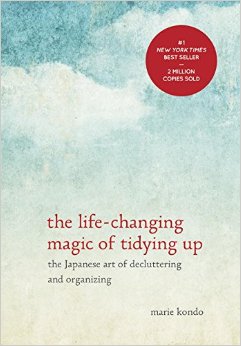 THE LIFE-CHANGING MAGIC OF TIDYING UP by Marie Kondo 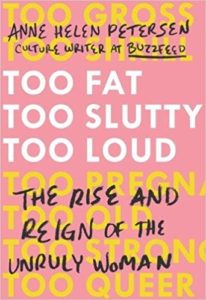 Women are having a moment, aren’t they? Between the women’s marches (2017 and 2018), #MeToo and what appears to be the a real reckoning of the impact that decades (centuries, really) of discrimination, unequal pay, and sexual harassment and abuse have had on women, these are interesting times.

Anne Helen Petersen, culture writer at Buzzfeed, entered these impassioned waters last year with her book Too Fat, Too Slutty, Too Loud: The Rise And Reign Of The Unruly Woman. Petersen takes 11 famous women who aren’t living by the rules and offers an often academic explanation of why each is not conforming society’s expectations of them and how they’ve succeeded anyway. Serena Williams is too strong. Madonna is too old. Hillary is too shrill, and Lena Dunham is too naked. None of the women in the book is acting as we would expect them to. They’ve “inverted and exceeded expectations; they’ve produced their own narratives or rebelled against ones that constrain or displease them.”

One one hand, this book is maddening – why must actresses be a certain size (and if they aren’t, why do expect them to publicly lament their weight)? Why does a female politician have to have a certain timbre to her voice? Why are we critical of celebrities who don’t have picture perfect pregnancies, with a tiny baby bump and a beatific glow? Before I blame men for these expectations, I admit that I subscribe to them myself sometimes. I fall prey to the same generalizations and snap judgments that many others do. Too Fat, Too Slutty, Too Loud is a good reminder that societal expectations are just another way that women have been held back in many industries. Petersen sees these 11 women who have broken the mold as helping to “accelerate the long historical march toward women wresting control of these norms, and expanding them to better reflect the ways of being that they find satisfying, nourishing, expansive, and radically inclusive”. I agree that it’s time to examine these expectations and understand how they came about and why they are so insidious.