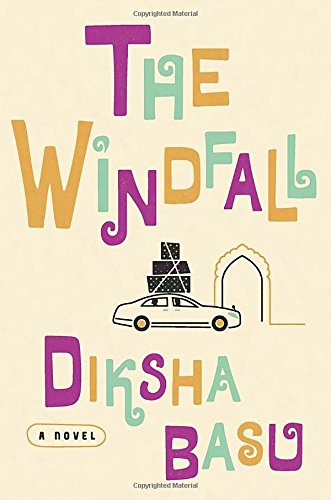 THE WINDFALL by Diksha Basu

A confession: I don’t like magical realism. I am very literal and have little patience for fantasy, spirits and magic, especially when they are interspersed into otherwise realistic plots. As a result, I am not a huge fan of authors like Gabriel Garcia Marquez, Barbara Kingsolver, Alice Hoffman, etc. But I know that many people are, and I recently read a review of Alice Hoffman’s upcoming book Skylight Confessions that I thought was worth sharing. From More magazine:

Alice Hoffman has written her most spellbinding, accomplished novel yet.  Skylight Confessions traces three generations of a Connecticut family, starting with the teenage Arlyn Singer, who decides on the night of her ferryboat captain father’s funeral that ‘the first man who walks down the street’ will be her one love.  The architecture student who gets out of his father’s old Saab to ask Arlyn for directions does become her husband, if not her one love.  Yet she can’t seem to leave him, even after she dies of breast cancer in her early twenties: Arlyn’s husband, their young children, his second wife, the nanny and eventually Arlyn’s grandchild are literally and figuratively haunted by her specter.  Although this is Hoffman’s nineteenth book, it feels utterly fresh.  Her voice – touched by the cadences of fairy tales — buoys us through the novel’s saddest currents.

Skylight Confessions isn’t due out until next month, so there aren’t many other reviews out there yet. KIrkus Reviews on BarnesandNoble.comcalls it “[a]chingly beautiful and filled with heart-wrenchingly real characters: one of Hoffman’s best.” It continues: “But while unsparingly depicting the awful damage unhappy people inflict on each other, the author refuses to provide villains; even clueless, thoughtless John [the husband] is at heart terrified and remorseful. His final actions suggest that it’s never too late to see the truth, and that terrible mistakes can sometimes be at least partially atoned for-but this is a very sad story.”

Sounds very sad but ultimately about redemption, or at least acceptance of the tragic turns life takes.

I am most likely not going to read this – not because the story doesn’t look compelling, but because of my aforementioned distaste for the fantastic. Any Alice Hoffman fans out there likely to try this? If so — let me know how it is.