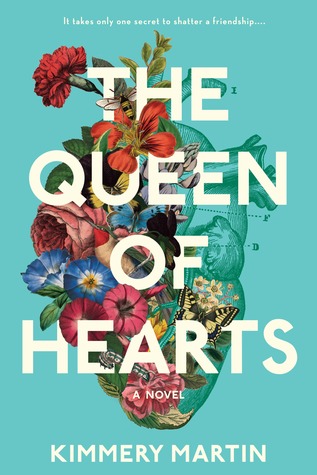 THE QUEEN OF HEARTS by Kimmery Martin

EDIWTB was lucky to be chosen as one stop of the TLC Blog Tour for Miriam Gershow’s debut novel, The Local News, which is also the June EDIWTB book club selection. The tour is kicking off here on this blog today, and will be hosted by many other great book bloggers later this summer, including Lisa of Books on the Brain and Stephanie’s Written Word. Click here for the full schedule.

The Local News is about Lydia Pasternak, a 16-year old high school student whose older brother Danny disappeared at the start of his senior year. While her parents sleepwalk through their grief, oblivious to their daughter, Lydia tries to come to terms with the disappearance of a brother about whom she was deepy ambivalent. Although the two were once close, Danny’s jock-like, often brutish behavior contrasted with Lydia’s brainy, antisocial personality, and he was a rather negative, menacing presence in lher ife as she entered high school. His disappearance causes shifts in Lydia’s status – for lack of a better word – at school, as she turns into an object of attention and often-unwanted sympathy from those who knew her brother (but who had ignored her in the past).

I really, really enjoyed this book. Although it is told rather simply from Lydia’s perspective, I think it’s a complicated book. There’s a lot going on – the mystery of what happened to Danny, the effect of his disappearance on his family, Lydia’s search for identity in a household in which she is practically invisible, the question of whether one is obligated to love their family members. Gershow’s explorations of the ways in which public and private grief intersect – who is truly allowed to mourn the loss of this boy? who really knew him? – and her meticulous analyses of the politics of high schools and small communities were very compelling. She is an excellent writer. She is incredibly observant and eloquent in describing mannerisms and emotions, and she developed her characters beautifully.

While I wanted to learn what happened to Danny, of course, this isn’t really a mystery, nor is it a grisly tale. It’s a sad story, to be sure, but there are many universal themes raised in the book that make it more of a coming-of-age book than anything else. The postscript of the book takes place 12 years after Danny’s disappearance, at Lydia’s high school reunion, and provides some interesting perspective on the main events and characters in the book. I found myself reading this section very closely, absorbing every detail with great interest as I learned what had happened to Lydia in the intervening years.

I was simply blown away at times by Gershow’s writing talent, rereading phrases and passages that were beautifully expressive and also dead-on accurate. I am very much looking forward to Gershow’s future books.

Gershow has agreed to answer questions about the book in a later post, and will also be guest-blogging on EDIWTB later this week. So please feel free to include any questions for Gershow in your comments below, so that she can address them later. (My questions are: 1) I found the character of Bayard to be a bit underdeveloped, compared to the others in the book. What do you consider his role to be, and why couldn’t it have been played by David Nelson? Was his indifference his most important feature?  2) I’d love to hear about how you were inspired to write this book. Is there a real-life story that got the plot going in your mind?).

Looking forward to the discussion!