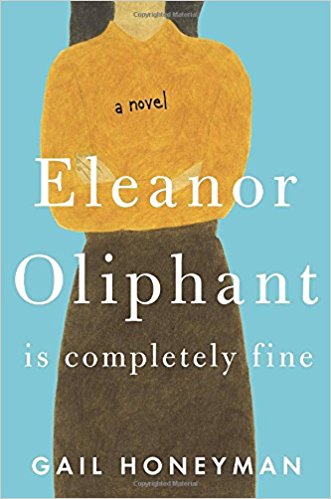 Sorry for the lapse – it was a weird week. Thank you to my readers and the  book blogger community for the emails, tweets and posts on Wednesday – it felt really nice knowing you guys were looking out for me.

Today, I FINALLY finished listening to the audiobook of Jeffrey Eugenides’ Middlesex. I started it back in June (!), but because it is a long book (21 hours of audio) and I have a short commute (15 minutes at most), it took me quite a while to get through it. Middlesex is my first audiobook, ever. I always thought I would have trouble concentrating on an audiobook. But a year or two ago, I found this set at a used book sale and decided to pick it up, and in June I was inspired to give it a try.

Since I’ve never reviewed an audiobook before, I am in new territory. I am going to review the story first, and then the audio second.

Middlesex has been urged on me by people I trust for a long time. I avoided it, in part because it was long, but mostly because it sounded weird. It is the sweeping, epic story of Calliope Stephanides, a baby born in the early 60s in Detroit to a Greek family. Calliope’s grandparents, Desdemona and Lefty, came to America in the 20s from a small village in Turkey, and settled in Detroit. Calliope’s parents, Milton and Tessie, endured the Depression, the 50s and the tumultuous race riots of the 60s, finally settling in tony Grosse Pointe, an upper class suburb just outside Detroit city limits. Calliope attends a fancy private school and develops a close – and ultimately romantic – relationship with a female classmate. RIght before her 15th birthday, Calliope learns a complicated truth about herself – she is actually a boy, born with a genetic mutation that makes her look like a girl. The remainder of the book is about how Cal learns to live as a man, and how it affects her family.

It takes over half the book for Eugenides to get to the point where Cal learns the truth. He sets up the long history of the Stephanides family, spending hundreds of pages on her grandparents and parents, and there were times when I questioned the novel’s length, detours and details. But it all mattered. All of the twists and minor players and detours – they each contributed to the story of Callie’s transformation into Cal. And, of course, Middlesex isn’t just the story of Callie’s transformation – it is also an ode to the social, political and economic changes America witnessed over those same 60 years. Detroit and San Francisco in particular are the lucky subjects of Eugenides’ observant eye, and Middlesex explores the essences of these two vastly different cities using historical research mixed with fictional narrative.

This is a hard book to sum up, but in short, I thought it was brilliant. Eugenides is a graceful, richly emotional writer, and his amazing ability to capture the mind of a confused teenage hermaphrodite is nothing short of admirable. The accolades and praise this book has received are well-deserved.

And now to the audio version. This series is narrated by Kristoffer Tabori, an accomplished actor, and I give him credit for embodying so many diverse voices throughout the 21 hours of Middlesex. His narration is fluid and vibrant, his voice highly capable of conveying the range from humor to desperation. To me, the weak link was his female voices, especially that of Cal’s grandmother Desdemona, who bordered on caricature. But this is a minor complaint. There were times when I was tempted to read ahead in my print copy of Middlesex, but I developed a strong appreciation for and loyalty to Tabori as I was reading, and felt that it would be betraying him NOT to experience every word through his narration. He seemed to truly understand these characters, and Eugenides’ vision for Middlesex– is that always the case with audiobooks?

So I conclude my summer-long journey through Middlesex, fittingly, on Labor Day weekend. I look forward to more audiobooks in the future.