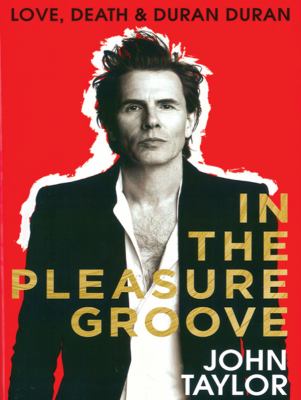 IN THE PLEASURE GROOVE: LOVE, DEATH AND DURAN DURAN

Today, I am participating in a blog tour for Alice Eve Cohen's memoir, What I Thought I Knew.

In What I Thought I Knew, Cohen writes about the pregnancy in the early 2000s that resulted in her daughter Eliana. This was no ordinary pregnancy. First, Cohen had been told that she was infertile due to a bicornuate uterus, and had been on hormone replacements for 14 years. (She and her ex-husband had adopted a daughter, in the meantime, due the infertility.) Second, at age 44, Cohen had no desire for a second child. Third, Cohen did not even learn that she was pregnant until her sixth month. And finally, Cohen was given very unsettling and conflicting information throughout her pregnancy – her baby was a boy, her baby was a girl with male genitalia, her baby would have a debilitating illness upon birth, etc.

What I Thought I Knew chronicles Cohen's very honest feelings about her pregnancy, and the resulting birth, and for that I deeply commend Cohen. It is a brave act to put such conflicting feelings on public view. Yet she does not hold back; she shares with clarity and an unblinking eye the depression, anger, fear and desperation she felt during the months that she knew she was pregnant and the months after the birth. To admit publicly that you were still thinking of putting up your baby for adoption months she was born is a bold move, and one certain to provoke discussion and controversy among readers.

What I Thought I Knew is a pretty quick read, but it's hard to put down and very well-written. I recommend it, especially for fans of memoirs and books about motherhood.

Hola FTC! Thanks to Penguin and BookSparks PR for inviting me to participate in this book tour and for the review copy. To learn more about Alice Eve Cohen, she's on Facebook and Twitter.