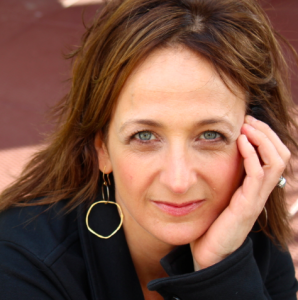 Q&A With Debbie Stier, author of THE PERFECT SCORE PROJECT

Vacation read #2 was Happens Every Day: An-All-Too-True Story by Isabel Gillies. I am not sure what drew me to this non-fiction book, which I bought at a used book sale before my vacation. It's about Gillies, a former TV actress who has moved to Ohio with her husband and two small boys when he tells her that he is leaving the marriage (ultimately for one of his colleagues). Happens Every Day talks about the history of her relationship with her husband Josiah, and then goes into great detail about the break-up and the days and weeks that followed.

There's definitely a voyeuristic element about reading this book. It's like roadkill – you just can't look away. The writing isn't particularly good. Gillies jumps around, inserting random passages about her family throughout that don't really belong where they are. She also repeats herself a lot. Yet, it's a tough book to put down. I found this in a review of the book on Goodreads: "I read a couple of reviews of this that basically described it as 'prom queen chats with you at the high-school reunion, has one too many margaritas, and reveals that her life has gone to shit.'" That's totally true.

Someone else on Goodreads called the book "surprisingly moving, a very interesting portrait of academic life, and when you put it down, the realization of a very subtle revenge." Also true. It is moving, because even when Gillies acts self-destructively, which she does often, I still felt for her. The portrait she draws of Oberlin, where her husband is a poetry professor, is also interesting. And the revenge element is also there. Although Gillies writes that she and Josiah are now on good terms, it's hard not to see the book as a very successful way of exposing her ex-husband's duplicity and betrayals. (Though at the same time, she is shockingly generous toward Josiah.)

Happens Every Day was a good, fast vacation read, and I don't regret picking it up. Gillies has a sequel out, which is about the months after the breakup, moving in with her parents, and meeting her current husband and the happy ending she is now enjoying, which I have to confess sounds a bit boring to me. I guess I enjoyed the drama and the selfish pleasure of hearing about someone else's problems.