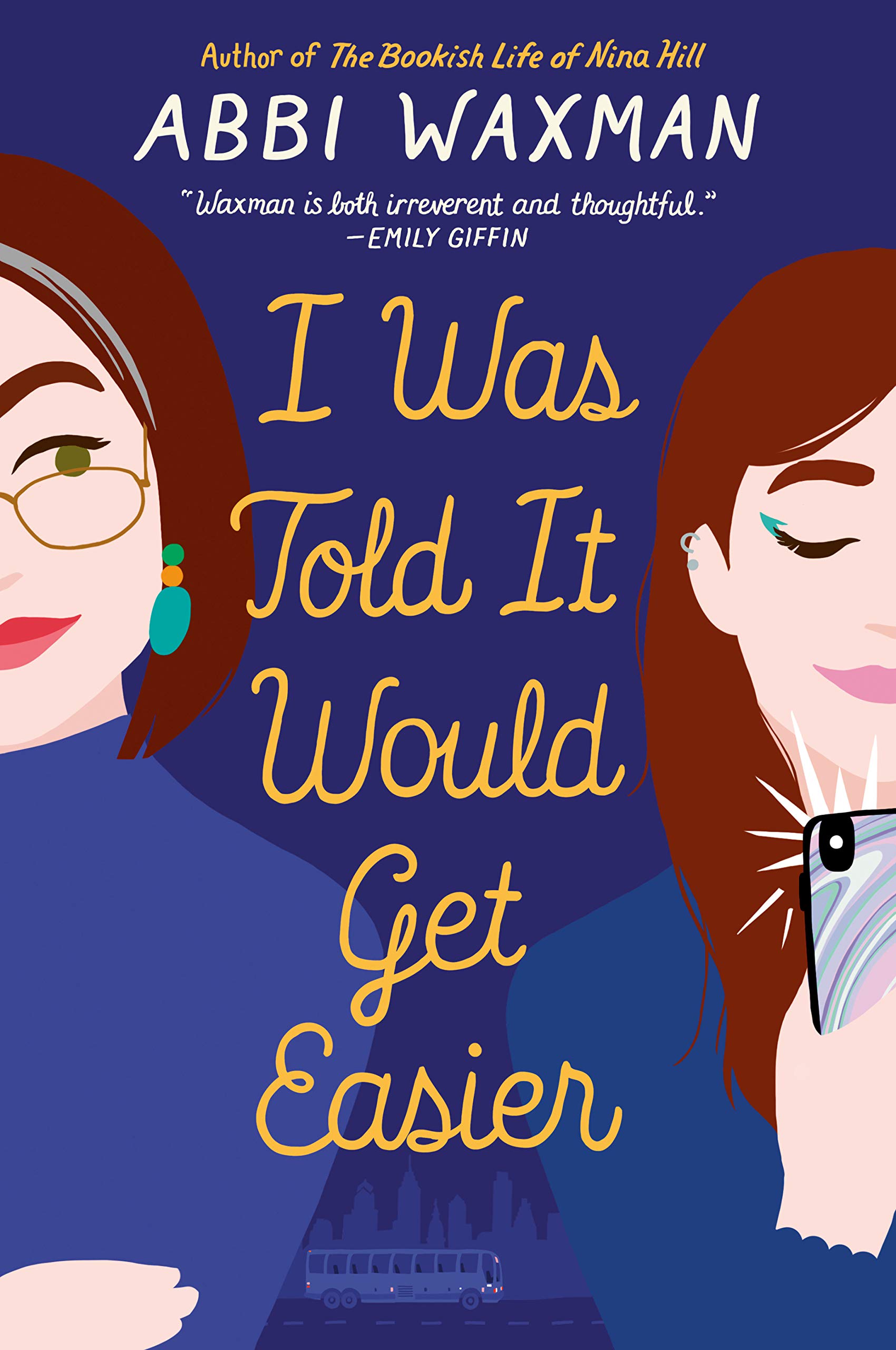 I WAS TOLD IT WOULD GET EASIER by Abbi Waxman

I was excited to read So Far Away by Meg Mitchell Moore, the second novel from the author of The Arrivals, which I reviewed here. It has gotten a lot of positive reviews, and I found the plot intriguing. It’s about three women – Kathleen is a single older woman who works at the Massachusetts Archives, Natalie is a thirteen-year old who is being bullied by her ex-best friend, and Bridget is an Irish immigrant in Boston in the 1920s. Their lives intersect in unexpected ways, and each finds some solace or understanding in the others.

Unfortunately, this book fell a little flat for me. I found the triangle contrived, with Bridget’s story too attenuated from Kathleen’s and Natalie’s to fit in the way the author intended. I am not sure what role the Bridget story was intended to play – there was enough going on between Natalie and Kathleen that the plot conceit of the old diary wasn’t really needed.

I also found one theme – girls in danger – to be so overdone and explicitly stated that it got tiresome. Yes, Natalie’s self-absorbed parents were clearly at fault and Kathleen’s clumsy attempts to help Natalie – and to redeem her own failings as a mother – were compelling. But the theme was overstated – literally, written out every few pages. I think the reader would have picked it up just fine without all of the reminders. Children are at risk every day – from injury, from evil at the hand of peers, from drugs. And parents are supposed to pay attention to them and protect them. That’s basically what So Far Away was about, and it was a bit heavy-handed.

I liked The Arrivals because of Moore’s skill in exploring the complex, individual emotions of a whole family stuck in a house for a summer. So Far Away felt like a step back – it was less subtle, less complex, and ultimately less satisfying. I read eagerly more because I wanted to find out what would happen, and less because of my appreciation for the skill of the writer.

I seem to be in the minority on this one – there are lots of very positive reviews of So Far Away. So give it a try and see for yourself if it sounds intriguing.

Thank you to Little, Brown for the review copy.