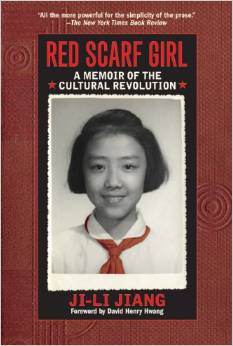 You know how when some bloggers go on vacation or maternity leave, they line up guest posts so that their blog won’t go dark during that whole time? Well, I’m neither on leave nor on vacation, but this blog has been darker than I’d like these last few weeks. Thank you to Nancy Shohet West for sending me a guest review for EDIWTB to help brighten things up!

Here is Nancy’s review of Some Assembly Required by Anne Lamott:

Back when my friends and I were in that typical early-30’s phase of either trying to conceive, going through pregnancy, or at the very least contemplating our proximity to one of the aforementioned categories, Anne Lamott’s newly published memoir of single parenting, Operating Instructions: A Journal of My Son’s First Year, was all the rage. Many of us were already big fans of her novels and essays, and we devoured her poignant, brutally honest, sometimes painful and often humorous account of deciding to become a first-time mother at the age of 36.

So I imagine I’m not the only reader who did a double take last year when I glimpsed the headline of the book review stating that Anne Lamott had just published a memoir of grandparenting. Sure, Baby Sam Lamott has made recurring appearances in his mother’s published essays throughout the years as he progressed through the adventures and phases of boyhood and adolescence. But fatherhood? Has time really passed so quickly that the infant from Operating Instructions is old enough to be a father?

Well, yes…. and no. And therein lies the hook of Lamott’s newest memoir, Some Assembly Required: A Journal of My Son’s First Son (the title itself deserves a prize for cleverness, in my opinion). Indeed, not so very many years have gone by at all since the first book: Sam became a father at age 19; his sort-of girlfriend Amy was 20 at the time. He was an art student living on his mother’s dime in a San Francisco studio apartment; she was a cosmetologist receiving support from her own parents; their relationship pre-baby was mercurial. And as just about everyone likely to pick up this memoir knows, new babies are not known for making tempestuous relationships get easier.

But the elder Lamott tells the story of her grandson’s infancy and first year with the same admirable candor that marked her own memoir of parenthood. Back then, those who liked the book — not everyone did — celebrated her rough-edged honesty about both the magical and the abhorrent aspects of coping under difficult circumstances with a new life; the good news is that Lamott hasn’t changed much. She still worries about the health, well-being, and financial viability of a new infant — while also adoring him for his beauty, innocence, and perfection; and she still draws heavily upon a network of friends and faith community to help her through the hard times, only this time it’s with her grandson rather than her son.

Yes, she’s still the same funny, anxiety-prone, insecure, mystical Anne Lamott that she was twenty years ago, and this is both the good news and the bad news. Those of us who savor her blend of casual, profane and profound insights into life will find her unchanged… and yet once in a while I was tempted to implore, “You’re a 56-year-old best-selling internationally renowned author! Can’t you shed just a little of the insecurity and self-doubt?”

But she can’t, because that’s who she is and who she has always been. She’s been willing to share that with us for the past three decades, and now, with the new challenge of being a good grandmother, mother-to-an-adult-child, and pseudo-mother-in-law (the status of Amy and Sam’s relationship remains tenuous throughout the book; for the curious, Google makes it easy enough to find out what has happened with them in the two years since the book ended), she’s still sharing. She dotes; she frets; she loves; she questions; she prays. Yes, Anne Lamott is a flawed, imperfect work-in-progress… as we all are, and as she would be the first to tell us about herself.