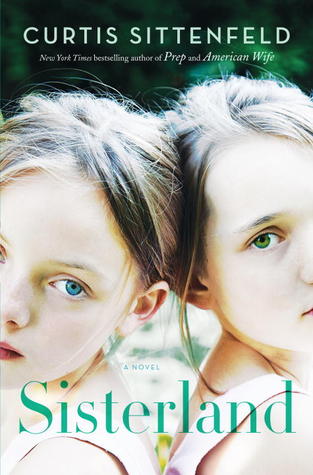 Have you ever forced yourself through a book that you didn’t enjoy, but you still wanted to finish? Maybe you were curious about the ending, or maybe you thought it was Good For You, or the reviews were really promising and you thought you might be missing something? That’s how I felt about The Lifeboat by Charlotte Rogan.

The Lifeboat takes place in the 20s, about two years after the sinking of the Titanic. Grace Winter and her husband Henry elope to London, after he decides to marry her instead of his wealthy fiancee. Grace, a young woman from a disgraced family, knows that Henry’s family will not approve of her, and she urges him to tell them about their marriage while they are en route back to Boston on an ocean liner. Soon after, the ship sinks, and Grace finds herself crammed into an over-capacity lifeboat, while Henry remains on the ship to meet an uncertain fate.

The Lifeboat is about the period of time when Grace was at sea, and then a subsequent trial (after she was rescued) for crimes allegedly committed onboard the lifeboat. There were power struggles among the 38 people on the boat, who faced difficult ethical questions about the price of survival and when it is acceptable to sacrifice lives for the sake of others. The situation brought out the worst, basest impulses of the people on the boat, as they tried to align themselves with the people they thought held the power, only to shift cruelly when the tides changed.

So… I didn’t love The Lifeboat. It was *very* stressful to read. I kept putting myself in the shoes of the people on the boat, which made me very anxious and depressed. The writing is good, and the book is intriguing and engrossing. But I just didn’t like the process of reading it. I also found it difficult to really understand Grace. Her relationship with Henry remained shadowy to the end, and I didn’t get a good enough sense of what she really felt about him or why Grace was worth the sacrifices Henry made for her. I also had trouble keeping the minor characters separate in my mind. I wanted to care more about them, and feel something when they lived or died, but instead I mostly felt detached and disconnected from them.

The Lifeboat had an intriguing premise, but I think it was ultimately not successful, and it was stressful to read.