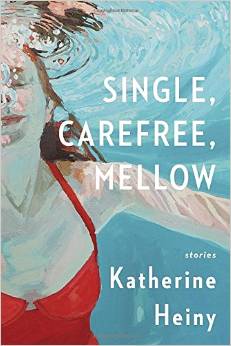 What can I say about R. J. Palacio’s Wonder that hasn’t already been written about this beloved book? Not much, but I will try.

Wonder was this month’s pick for our Mother-Daughter Book Club. I chose it because my daughter absolutely loved it, and the buzz around it has been tremendous (which usually makes me shy away from a book, but I resisted this time). I didn’t expect that *I* would enjoy reading it as much as I did, since I don’t read much YA or middle grade fiction other than for this book club.

Wonder is the story of fifth-grader August Pullman, who has a terribly disfigured face due to a rare craniofacial genetic abnormality. He describes himself in the beginning of the book by saying, “I won’t describe what I look like. Whatever you’re thinking, it’s probably worse.” August is a smart kid who has been homeschooled by his protective parents. They decide that it is time to send him to school, despite their fears about how he will be treated by his classmates. When the book opens, August is meeting some pre-selected kids from his class whom the principal thinks will be nice to him and help ease the transition to school.

August is a funny, sensitive kid who just wants to be accepted – or even ignored – by the people around him, instead of causing them to shrink away in horror. He is acutely, painfully aware of the effect he has on people. Otherwise, he’s just a normal kid facing the usual ups and downs of growing up. That is partly what makes Wonder so powerful – August could be any of us inside; he’s just different on the surface. In addition to August’s, the book is told from the perspective of some other characters – August’s sister Olivia, her boyfriend Justin and friend Miranda, and two of August’s friends, Summer and Jack. I liked hearing their points of view, which not only rounded out August as a character by getting outside of his head, but also reinforced the book’s theme that everyone has problems and insecurities, and that being kind to those around you can help ease their burdens, whatever they are.

There are a lot of really sad points in the book, particularly when August’s dog dies, when he overhears very hurtful comments made by his best friend, and when he is bullied by older kids while on a school retreat. But Wonder is ultimately an uplifting story. Whether or not the acceptance of his classmates that August enjoys at the end of the book is realistic, it makes for a great message about how to treat other people.

There’s a lot of loneliness in Wonder – not just August’s, but among the other main characters too. I found the most poignant moments to be when they connected, when they really understood each other. So maybe the message of the book isn’t just to be kind, but to empathetic, to put yourself in others’ shoes and try to understand what it’s like to be them. What a great message for kids (of any age).

I liked the writing a lot. I am not sure that the dialogue (internal and spoken) was accurate for fifth graders – it seemed a bit advanced to me – but I’ve read reviews that said that it didn’t seem sophisticated enough, so there you are.

So I am adding my voice to the chorus of fans of this touching book. Highly recommended.