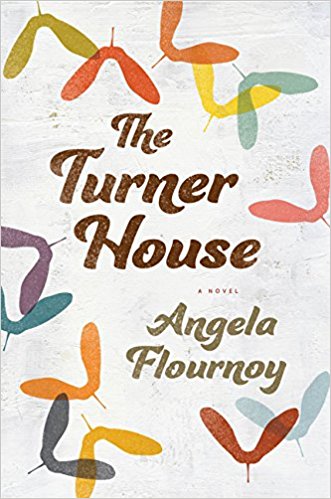 THE TURNER HOUSE by Angela Flournoy

This month’s mother-daughter book club pick was When You Reach Me by Rebecca Stead, one of those books that’s billed as YA but which I saw all over the place when it came out in 2009, suggesting that its appeal goes well beyond kids’ fiction. (It won the Newbery in 2010.)

When You Reach Me takes place on the Upper West Side in the 1970s, and is about Miranda, the daughter of a single mother, who has become estranged from her best friend Sal, a boy who lives upstairs from her. The two were walking home from school one day when out of the blue, he was punched by another kid. From that day on, their friendship was over, despite Miranda’s attempts to engage Sal and recover what they had. In the meantime, a cast of odd characters is filled out, including Marcus, the boy who punched Sal; a homeless man who lives on the corner and sleeps with his head under a mailbox; and Annemarie, a girl Miranda befriends who partially fills the void left by Sal. And some mysterious notes start appearing in Miranda’s apartment, each one making reference to events that hadn’t happened yet. Who could know these personal things about Miranda, and how did he or she know things that even Miranda didn’t know yet?

Books about time travel always make my head hurt – in a good way – and this one was no exception. References to A Wrinkle in Time abound (Miranda is reading it when When You Reach Me takes place), and there is a suggestion of the possibility of time travel throughout the book, as Miranda discusses it with her friends.

But it wasn’t the time travel that drew me into this book. It was the depiction of a lonely, 1970s latchkey childhood – a far cry from the overprotective, overscheduled lives middle-graders live now. Miranda spent a lot of time alone, with few people to talk to about her disappointments, sadness, and anxiety. I liked that the characters were not one-dimensional; even the rich girl/bully turns out to be smart and redeeming in the end. And the explanation at the end of where the notes came from and who wrote them was satisfying, if a bit headache-inducing. Miranda’s relationship with Sal is explained, if not rehabilitated, and she finds other flawed but rewarding friends to spend time with.

Here’s a great interview with Rebecca Stead on Amazon.

I think this is a great book for kids. It is a story about relationships and friendship wrapped up in science fiction and mystery. Miranda is a formidable heroine – she is self-sufficient and independent, but not infallible.

Our book club meets this Sunday – I expect that this one will be well-received by the group.