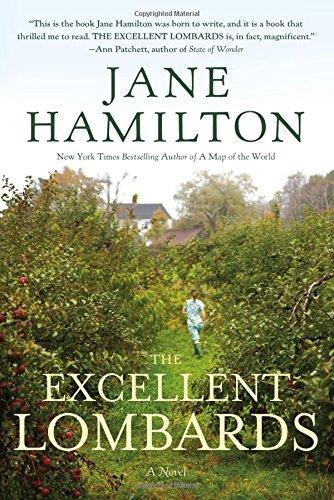 My latest read was Everything I Never Told You by Celeste Ng. It is about the Lees, a family of five living in a small college town Ohio in the 70s. Marilyn and James are an interracial couple – he is Chinese-American and she is white – and they have three kids -Nathan, Lydia and Hannah. When the book opens, fifteen year-old Lydia has disappeared. We learn pretty quickly what happened to her – that’s not the mystery of the book. Instead, the story goes back and forth in time to reconstruct how the Lee family arrived at this crisis point.

The roots of each member’s discontent are deep. James carries the insecurity of being an outsider and is desperate for his children to integrate more successfully. Marilyn, who jettisoned dreams of a medical career when she married James and had kids, projects her stifled ambitions onto her daughter. Nathan is brilliant, but never wins his parents’ respect or attention, and Hannah is completely overlooked. Lydia, meanwhile, is miserable under her parents’ scrutiny, but can’t seem to stand up to them or express who she really is.

Ng teases out the history of the Lee family, building the narrative slowly until they each come into sharp relief just as Lydia disappears. This is a sad book, of course because of the loss of a child, but also because these characters are so needlessly disconnected. The grooves of dysfunction and secrecy have deepened over the years, leading ultimately to a tragedy that could have been prevented with some smoothing and filling in.

I liked Everything I Never Told You, though I was struck a few times that it might have been better as a novella or even a (long) short story. Ng is a lovely writer, and the prose flowed nicely. It was just too long for the story it sustained. Given how few characters there were, and how tight – almost claustrophobic – the setting, it could have been shorter. I got the gist of it long before the end and just wanted to see how it resolved.

I listened to Everything I Never Told You on audio, narrated by Cassandra Campbell. She is not my favorite narrator (I’ve listened to a few of her performances), as she reads slowly and enunciates a bit too much for my taste. But she also read with a great deal of pathos for the characters, which I appreciated. It was a slow, engrossing audio experience that immersed me in the story and got these characters under my skin.

One final thought: the cover. The text on the cover reminds me of the font that eye doctors use to test vision. (“Which is clearer? A or B?”). This seems fitting for this book, as the truth emerged from blur into clarity as time went on, both to the reader and to the Lees themselves.