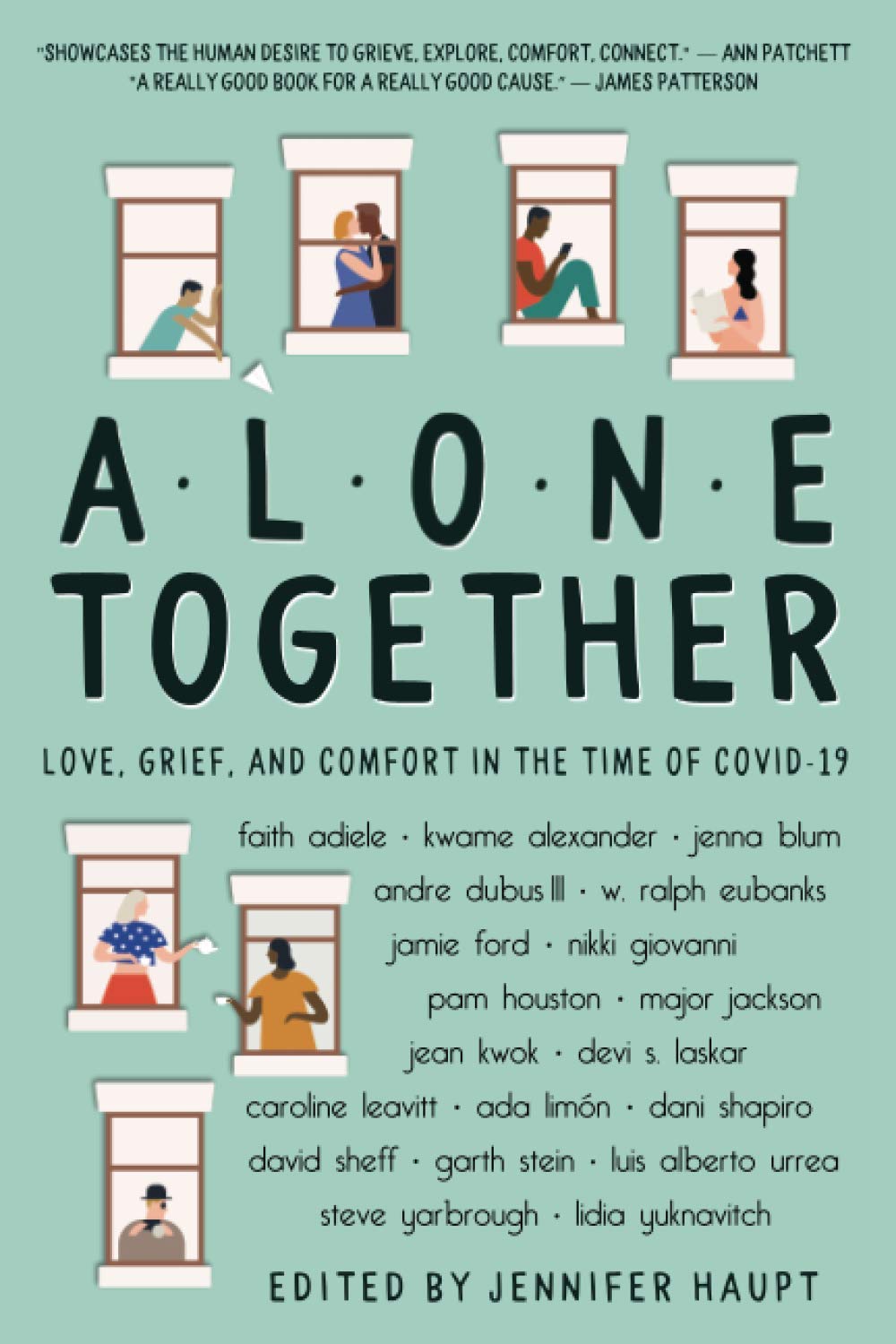 ALONE TOGETHER: LOVE, GRIEF AND COMFORT IN THE TIME OF COVID-19 by Jennifer Haupt 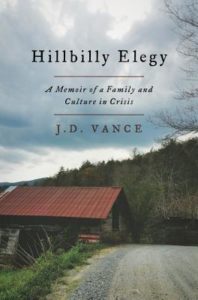 I am one book away from my reading goal for 2016. Book #51 was Hillbilly Elegy by J.D. Vance, a “personal analysis” of hillbilly culture and how it has shaped the political views, economic conditions and troubled lives of poor, white Americans. I can’t think of a more relevant book to read in the wake of Trump’s victory, as I think it explains a lot about the election’s outcome.

Vance grew up in Middletown, Ohio, but his family’s roots are in Kentucky, which is hillbilly central. His grandparents moved to Ohio to escape their poor Appalachian roots, but as Vance explains throughout the book, they never really left Kentucky behind. His childhood was chaotic and stressful. His mother married five times and fought addiction throughout most of her life. He lived mostly with his grandmother Mamaw, a strong-willed woman who provided stability and encouragement to Vance as he grew up, but who also struggled economically after her husband died. Mamaw raised him with the hillbilly values and views that she herself grew up with, so even though Middletown was more economically successful than “the holler” where Mamaw and Vance’s mom came from, his family history shaped him strongly.

Hillbilly Elegy was an eye-opening and utterly important read. I learned quite a bit about what so many people in America believe and why they are so disillusioned. One chapter describes why so many poor white families have trouble breaking the cycle of downward mobility: their home lives are chaotic; there is drug usage and physical violence at home, in front of small kids; they don’t study and they don’t make their kids study; they don’t work, even when they don’t have jobs. “We talk about the value of hard work but tell ourselves that the reason we’re not working is some perceived unfairness: Obama shut down the coal mines, or all the jobs went to the Chinese. These are the lies we tell ourselves to solve the cognitive dissonance – the broken connection between the world we see and the values we preach.”

I dog-eared so many pages of Hillbilly Elegy that I could create an entire blog post full of quotes. I found a few passages about why poor whites distrust Obama to be especially powerful. They can’t relate to Obama  – not because of his color, but because he’s so foreign to them in every way: his education, his parenting, where he grew up. The modern American meritocracy worked for Obama, but it won’t work for them.

Vance beat the odds and went into the Marines, then to college and on to Yale Law School. The final chapters of Hillbilly Elegy talk about him having his feet in both words and ultimately feeling comfortable in neither, and about how he has reconciled his upbringing and his education. He ends with some ideas about how to help fix the ills of the white poor, based on his own upbringing and the challenges he overcame.

I highly recommend Hillbilly Elegy. It’s readable, compassionate and absolutely crucial to understanding the country we live in today.