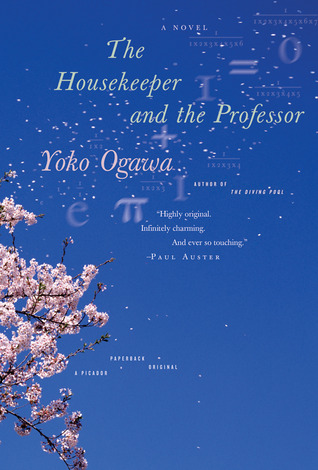 THE HOUSEKEEPER AND THE PROFESSOR by Yoko Ogawa 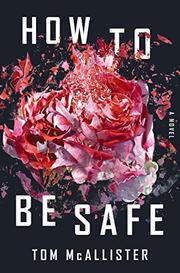 How To Be Safe by Tom McAllister opens with a school shooting in a Pennsylvania town. The immediate suspect is Anna Crawford, a teacher at the school who has been suspended due to insubordination. Anna is quickly cleared of any wrongdoing, but her life is upended as the whole town deals with the aftermath of the shooting.

Anna becomes reclusive, withdrawing from interactions with the rest of the town and turning more and more fearful about the dangers of the world she lives in.  She has a boyfriend, but she’s unable to connect emotionally with him and seeks solace instead in fringe groups of religious apocalyptics and vigilante gun-rights activists hoping to enforce peace. McAllister intersperses the book with vignettes about the students and teachers killed in the massacre, as well as an opening chapter told through the eyes of the shooter himself. Meanwhile, Anna is brought further down by her sad family history, her depression and her inability to connect with anyone other than her brother.

I really wanted to like this book. McAllister is keenly observant and insightful, and there are many passages I marked throughout the book. Like this: “The politicians loved small towns. They thought all we did was sit around eating apple pie and waving flags in our churches. They didn’t like to think about everyone taking opiates and working bad jobs and living in a constant state of fear.”  Or this, about memorials to tragedies: “Each memorial represented a collective commitment not to remembering, but to whitewashing the memories, to creating a more palatable version of the memory for ourselves to hold on to and repeat and eventually accept as the truth. The memorials were there to hide failures, not to be critical of them.” Or this: “In America we send children to school to get shot and to learn algebra and physics and history and biology and literature. Less civilized nations don’t have such an organized system for murdering their children.”

In the end, though, How To Be Safe didn’t really work for me. It was more of a treatise about the awful reality of violence in our country than it was a novel with a character who developed – at all – over the course of 230 pages. There is so much anger in the book – justifiable, to be sure – that it turned into a blur of instructions about how to protect yourself, further spiraling by Anna and examples of violent acts spread around the country. I absorbed it breathlessly, but I can’t say I enjoyed it or really took much from it other than despair.

This is a buzzy book that others have enjoyed more than I did. Like I said, McAllister is brilliant and there are a lot of insights here (and some really good writing). It just didn’t work for me.