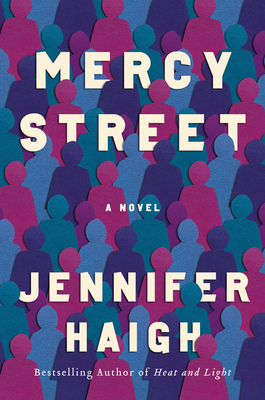 I finished When We Were Bright And Beautiful by Jillian Medoff several days ago, but I was unmotivated to review it then, and am almost equally unmotivated to do so now. This is going to be a short review, for a few reasons – 1) I don’t want to include any spoilers; 2) I didn’t really enjoy the book; and 3) I am still not 100% sure how I feel about it. But here goes.

Why I picked it up: This was my August BOTM pick because I thought it sounded current and interesting.

When We Were Bright And Beautiful by Jillian Medoff is about a very wealthy New York family with three kids: Nate, Cassie and Billy. When the book opens, Billy, a junior at Princeton, has been accused of raping his on-again, off-again girlfriend. His family has rallied around him at their fancy NYC apartment, trying to support him and arranging for his legal defense. In the lead up to, and during the trial, the narrator, Cassie, delves into her childhood and her relationships with her siblings and parents. Secrets about the family are unraveled and revealed, alongside the truth of what happened between Billy and his girlfriend on the night he was arrested for sexual assault.

So. I had a few issues with When We Were Bright And Beautiful while I was reading it. I found Cassie frustratingly inconsistent. I couldn’t get a good read on her, as it seemed that her feelings were all over the map. She made bad choices and she was selfish and unlikable. I don’t love courtroom dramas (about a third of the book), and the rape victim wasn’t treated very sympathetically. There is just an unpleasantness that pervades the whole book, and it’s hard to read. I almost DNFed a few times because I just didn’t want to go on.

By the end of the book, some of these issues started to make sense to me and I could understand what Medoff was trying to do. I get it now – she was exploring issues of consent, of power imbalance, of rage and revenge, of the corruption of money. I commend her for taking that on. But I just didn’t like the experience of reading the book.

When We Were Bright And Beautiful was the 42nd book of 2022.