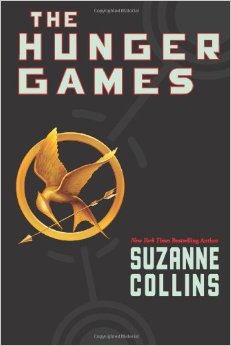 THE HUNGER GAMES by Suzanne Collins

Fat is a hot topic right now. I just came from a reading by Lionel Shriver from her new novel, Big Brother, about a woman with an obese brother. And coincidentally, this morning I finished Jami Attenberg’s The Middlesteins, which is about the toll that a woman’s obesity has on her extended family.

Richard and Edie Middlestein are late middle-aged Jews living outside Chicago. They have two kids, Benny and Robin, and two grandchildren, Josh and Emily, who are about to become b’nai mitzvah. Their marriage is crumbling, in part because Edie is topping 300 pounds and her health is rapidly deteriorating, and in part because there is no love left between them. Edie is domineering, critical, and stubborn, while Richard is defeatist and distant. When Richard leaves Edie, the Middlestein family goes into crisis mode: their children blame Richard and leap to their mother’s defense, while Benny’s wife Rachelle, a controlling, perfectionist stay-at-home mom, tries to save her mother-in-law through exercise while barely containing her fury at Richard.

What was Attenberg’s point in writing The Middlesteins? There’s some good stuff in here about the American dream – Richard founded a pharmacy in the Chicago suburbs that catered to conservative Jews in his small synagogue, and it built up into a small chain of stores before it was overtaken by the big box conglomerates that basically put him out of business. There is also some good stuff about finding love past middle age, coming out of an unhappy marriage.

But otherwise this book left me pretty empty. I only finished it this morning, and I feel like I already can’t remember that much about it.

I listened to The Middlesteins on audio. It is narrated by Molly Ringwald (of Samantha Baker and When It Happens To You fame). I love Molly Ringwald – don’t get me wrong – but her flat, almost angry tone of voice didn’t make The Middlesteins any more compelling. In fact, her narration may have been one of the reasons I didn’t love the book. Her voice is harsh – remember her in The Breakfast Club? – and that suffused the book. There is one chapter that stands out, though – it is called “Seating Chart” – and it is told in the first person plural by four couples who are the Middlestein’s closest friends. They are sitting at Edie and Richard’s grandchildren’s b’nai mitzvah, talking about the Middlesteins and their shared history. Molly Ringwald nailed that chapter – with her Midwestern affect with the Jewish twang, I felt like I had met these couples many times.

So, this wasn’t my favorite. Have you read it?