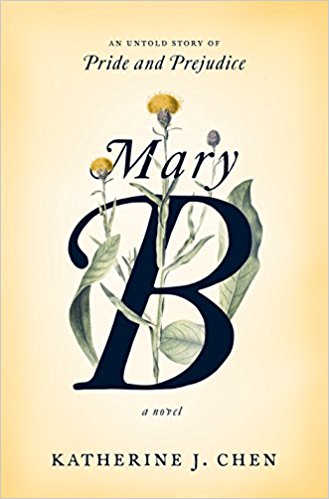 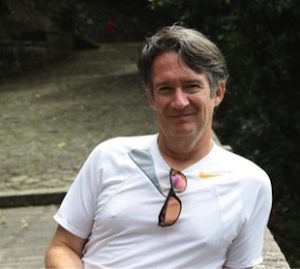 I have had the pleasure of meeting audiobook narrator Patrick Lawlor twice, at BEA 2013 and 2014. He’s an incredibly friendly, interesting guy who has recorded over 300 audiobooks in just about every genre. He has been an Audie Finalist 3 times, and has received several AudioFile Earphones Awards. He has won one Publishers Weekly Listen-Up Award, Numerous Library Journal and Kirkus Starred Audio Reviews, Multiple Editors Pick, Top 10 and Year’s Best Lists.

Patrick has helped fuel my obsession with audiobook narrators by answering my questions here on EDIWTB as part of June is Audiobook Month. Thanks, Patrick! You can follow Patrick on Facebook here.

Q: How did you get into audiobook narration?

A: I started out as an actor, primarily on stage. Actually, my MFA is in Classical Acting, primarily Shakespeare. I have done all I can to make a living as an actor, and part of that has been expanding my definition of what it means to be a working actor. Subsequently, over the years, I have done stage, film, television, radio plays, theme parks, renaissance faires, murder mystery weekends, corporate training projects, industrial films. I’ve been an actor, director, stuntman, fight choreographer, teacher, tour guide, dancer, pub singer, bad mime, and yes, waiter, bartender and LOTS of file clerk gigs.

I was very lucky to get into audiobooks at a time when there were a lot less people trying to do this for a living. The Audio Publishers’ Association held a yearly job market, which was, in essence, a chance for prospective narrators to audition for a bunch of publishers at once, and then have several opportunities to socialize with them and start to get to know them. I was able to make several lasting relationships and got my first gig halfway through the day! I did 5 books my first year, 9 my second year, and about 12 my third. Since then, I average between 25 and 30 books a year. This has become my full-time job and I couldn’t be happier about it. I still do theatre when I can, but mainly I record. I have a studio in my home in Milwaukee, Wisconsin, and these days, record most of my work there, though I still travel to studios all over the country.

Q: How do you prepare for a new narration role? Do you read the whole book through to get a sense of the characters and story?

A: As far as my preparation is concerned, I have a fairly flexible routine. Each book is unique and presents unique challenges. Some have a lot of technical, foreign or invented words that need pronunciations. Some need a lot of character voices and/or accents or dialects. Sometimes I have to learn a whole way of talking, for instance if I’m reading military nonfiction, business books  or any number of things I don’t personally know about. Nothing is worse than listening to an authority who obviously doesn’t really know what he’s talking about! Generally, though, I always read the book (well, almost always. Sometimes time prohibits a pre-read). I make a list of all words I don’t know how to say. You’d be surprised how many everyday words you think you know that you’ve never actually said aloud. I pay special attention to real people’s names, regional pronunciations, odd words and technical words and phrases. If possible, I talk to the author to get her/his take on pronunciations and anything else they might find important. If it is a nonfiction, I then start to record. I normally do not do any distinct voices for nonfiction, unless they are specifically called for or the person has a famous voice. If it is fiction, this is where the fun starts. Character work! I come up with voices, accents and dialects for every character in the book. I draw as much as possible from clues in the text – accent, stutter, quiet, fast talker, etc. Once this is done, I hit the studio!

Q: What is your favorite genre for narrating?

A: Honestly, I love all genres. I really like the diversity of the material I get to read. If I had to pick a favorite genre, though, I’d have to say its a tie between Crime Thrillers and Young Audience books. Oh, and Dog Books! I LOVE Dog Books! And Romance. I’ve been doing a lot more of that lately and really enjoying it! Oh, heck! I like most of the stuff I read! Which is a good thing, because what I read for work is pretty much all I read. I don’t really get the opportunity to read much outside of what I’m recording, so I’m lucky I enjoy it! Mostly, when I do get the chance to look at outside stuff, it’s Runner’s World magazine, or stuff like the Harry Potter books. (Which should tell you how long its been since I read as a leisure activity!) My 13 year old niece is after me to read the Divergent books, so I foresee those will be next.

Q: How much interaction, if any, do you have with the author while you’re recording?

A: I really value interaction with the authors whose work I record. Unfortunately, I don’t get to do it enough. Whenever I do, I get fantastic insight into the work, and am able to craft my work to better serve what they have done. I feel that, with very few exceptions, narrators and authors should do everything they can to develop a working relationship. It only helps the work. This is especially true when dealing with a series. I have one author that I have worked with now for 10 years, recording over 20 books. Her name is Suzanne Brockmann and she writes mainly Romance. But FUN, action-adventure, Navy SEAL, high-octane Romance. Lots of humor, action and really good writing. They are the most fun books I do. I look forward to working on them. Generally, I read them with a female partner, as Suz writes in a deep POV style that lends itself to dual reads. I have had great partners in these reads, mainly Melanie Ewbank, but also Renee Raudman and one book with Angela Dawe! With that kind of talent, really, all I have to do is show up! Suz and I hit it off right away, and over the years we have gotten to the point where we are in each others’ heads. I know what she is going to say as I’m reading, and she knows how I’m going to sound as she’s writing! Mel and Renee and I have bonded with Suz in a way that is remarkable and fairly rare. It has gotten to the point where she knows us and writes characters specifically for us to read.  We have developed a shorthand that makes our jobs much easier. There is always a real team feel when we do a Suzanne Brockmann book. In addition, Suz and I have gotten to be friends, though I just met her face-to-face for the first time last month in New York. Our relationship allows us to cut to the chase when we’re working. I like to think we both do better work because of it. I know it’s more fun!

Q: Anything else you would like my readers to know about you?

A: What else can I tell you about myself? I have won 4 Audiofile Earphones Awards and a Publishers Weekly Listen-Up Award. I have been an Audie Award Finalist 3 times. I have several starred reviews from Library Journal and Publishers Weekly. I have been featured in numerous Best Of, Year’s Best, Editor’s choice, Fan Favorite and other similar lists. I am the only working male audiobook narrator in Milwaukee, Wisconsin. (There ARE two female narrators, but one of them lives in a suburb, and the other does mostly theatre). I’m happily married to the very talented filmmaker, Karen Erbach (check out the Girl Scouts of America’s 100th Anniversary commercial, To Get Her There. It still airs all over the country! I’m a huge fan!) We have a fantastic 4 year-old American Staffordshire (Pittie) Mix named Charlie, who is, quite possibly, the best dog in the world, and we foster a 1 year old Boxer/Pit mix named Billy who is… stinking cute and trying really hard to be a good dog. To relax in our spare time, we run marathons.