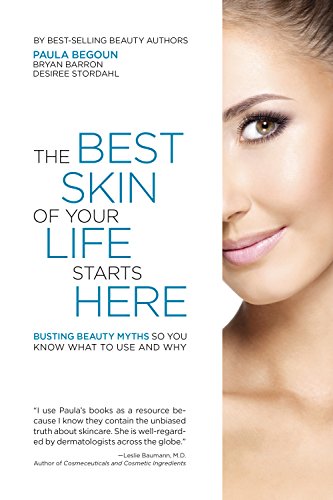 THE BEST SKIN OF YOUR LIFE STARTS HERE by Paula Begoun

A Tender Struggle: Story of A Marriage (previously published as An Accidental Jihad), by Krista Bremer, is about a non-spiritual Christian who meets Ismail, a Muslim Libyan man 15 years her senior while on a running path in North Carolina. Despite their vast cultural differences, she ends up marrying him and having two children with him. A Tender Struggle is a memoir about Bremer’s journey to understand him and his faith.

I have mixed feelings about this book.

On the plus side: Bremer is a beautiful writer. Her memoir is clear, eloquent and totally honest. I don’t think she held back at all in writing this book. She shares great detail about her visit to Libya to meet Ismail’s family and the isolation, boredom, and frustration she felt during that visit, when she couldn’t speak the language and was usually relegated to sitting silently with women she couldn’t understand. She is frustrated by her husband’s otherness – his need to bargain, even at the mall; his impatience with Christmas; his stubborn insistence on getting their son circumcised. But she’s also honest about her attraction and devotion to him, and the completeness with which she gives herself over to their relationship.

On the minus side: I found it strange how little Bremer tried to understand her husband’s faith until the end of the book (several years into their marriage). How could she have married him and had so little curiosity about why he believed what he did? How could they as a couple have communicated so little about how they were going to merge their lives and accommodate both of their traditions? I know that Bremer loved Ismail deeply, but I didn’t feel that I knew him well at the end of the book. (Did she?) All I really knew was that he was very different from her and made living the life she had expected to live close to impossible. On her trip to Libya: while her feelings were understandable, she made little effort to connect with her husband’s family, or to express to him her desire to be integrated.

Some people have criticized Bremer as whiny or self-centered. I didn’t find her whiny; I found her pretty relatable. I just found the book a little unrealistic in its depiction of the marriage. Perhaps it is the pacing or organization of the book, but how could it have taken so long for her to take an interest in Islam? When she finally did, it felt rushed and a little insincere. As a reader, I never really caught up with her.

I will say this: Bremer totally nailed the reason why I don’t like listening to NPR: “Ismail always listened to public radio in the car, and I usually objected to its litany of bad news, its droning analysis of the same intractable problems”. Yes, that.

So a mixed review from me on this one. I loved the writing but felt a little bereft at the end. I wanted to know more.