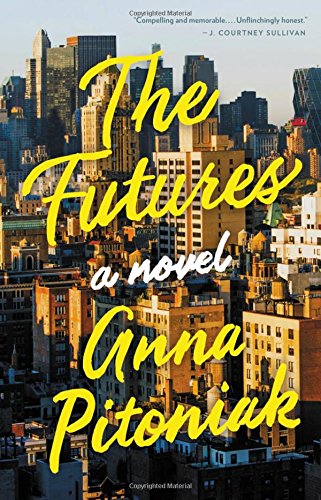 THE FUTURES by Anna Pitoniak

Thanks to the many Facebook friends who provided suggestions for the 2016 crowdsourced Summer Reading List! I asked for recommendations of books you’ve recently loved –  and you didn’t disappoint.

Here is the list. I’ve put ** next to those that were recommended by more than one person. When it’s a book I’ve read too, I’ve included a link to my EDIWTB review. Happy reading!

**A Little Life by Hanya Yanagihara (several votes). This has been on my TBR list for a long time.

My Name Is Lucy Barton by Elizabeth Strout (reviewed here)

The Forgiven by Lawrence Osborne

The After Party by Anton Disclafani (reviewed here)

The Man I Love by Suanne Laqueur 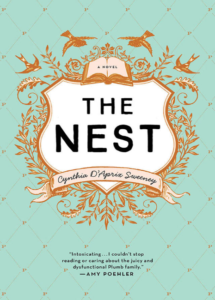 The Weekenders by Mary Kay Andrews

You Will Know Me by Megan Abbott

**The Nest by Cynthia D’Aprix Sweeney

The Corrections by Jonathan Franzen

A Constellation Of Vital Phenomena by Anthony Marra

**Tuesday Nights In 1980 by Molly Prentiss

The Secrets Of Flight by Maggie Leffler

This Is the Story of You by Beth Kephart

The Sudden Appearance Of Hope by Claire North

Heat And Light by Jennifer Haigh

Under The Influence by Joyce Maynard (reviewed here) 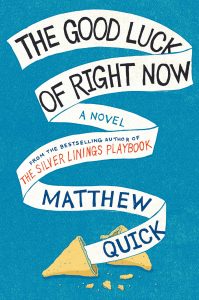 Secrets Of Midwives by Sally Hepworth

Ready Player One by Ernest Cline

The Good Luck Of Right Now by Matthew Quick

In Other Words by Jhumpa Lahiri

**Between The World And Me by Ta-Nehisi Coates

The Turner House by Angela Flournoy

The Nightingale by Kristin Hannah

A Doubter’s Almanac by Ethan Canin

Broad Influence: How Women Are Changing The Way America Works by Jay Newton-Small

Dear Mr. You by Mary Louise-Parker

The Paris Architect by Charles Belfoure 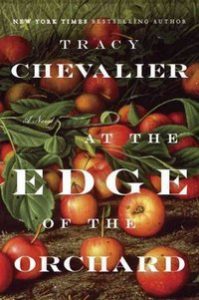 The Lavender Garden by Lucinda Riley

At The Edge Of The Orchard by Tracy Chevalier

Secrets of a Charmed Life by Susan Meissner

H Is For Hawk by Helen Macdonald

It’s What I Do: A Photographer’s Life Of Love And War by Lynsey Addario

The Secret Chord by Geraldine Brooks

Disrupted: My Misadventure In The Start-Up Bubble by Dan Lyons

Homegoing by Yaa Gaasi (I am reading this now)

My Brilliant Friend by Elena Ferrante 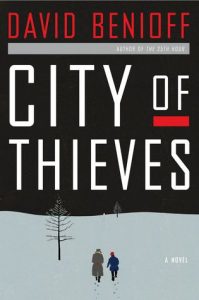 Out Of Time series by Beth Flynn

The Lotus Eaters by Tatjana Soli

A Fine Balance by Mistry Rohinton

Girl On The Train by Paula Hawkins

The Versions of Us by Laura Barnett

In The Kingdom Of Ice: The Grand And Terrible Polar Voyage Of The USS Jeannette by Hampton Sides

League of Denial: The NFL, Concussions, And The Battle For Truth by Mark Fainaru-Wada and Steve Fainaru

Nothing To Envy: Ordinary Lives In North Korea by Barbara Demick

Love Her, Love Her Not: The Hillary Paradox by Joanne Bamberger

Us by David Nicholls

Thanks again for all the recommendations!