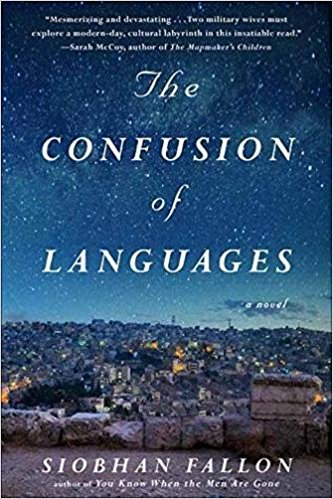 THE CONFUSION OF LANGUAGES by Siobhan Fallon 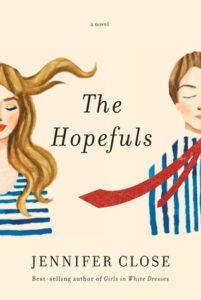 If you were a fan of Jennifer Close’s The Smart One or Girls In White Dresses – as I was – then you will want to give her new novel The Hopefuls a read. While Close’s first two novels dealt with the confusing, rootless post-college mid-20s, The Hopefuls is about a young married couple in their late 20s who moves to Washington, DC in the early years of the Obama presidency.

Beth and Matt Kelly start out living in New York, but they head south so that Matt can work in the administration after Beth loses her job in magazine publishing. Beth is a bit bewildered by the ways of Washington; she tires quickly of cocktail party conversation about who does what in the White House (and therefore who has more exposure to POTUS), and she hates pretty much everything else about the city – the weather, the dowdy clothes, the transience of its inhabitants, and the proximity to Matt’s large family. Soon, however, Beth and Matt develop a close friendship with another couple, Ash and Jimmy, which turns things around for Beth.

Jimmy and Matt are both ambitious, but while Matt makes lateral moves through the administration, Jimmy gets promoted, leaves to work at Facebook, and ultimately gets recruited to run for state office in his home state of Texas. Beth and Matt decide to move to Texas so that Matt can manage Jimmy’s campaign, a move that tests both marriages and each of the friendships.

I just reread my reviews of The Smart One and Girls In White Dresses, and The Hopefuls has a lot in common with Close’s earlier books. They are each light on plot and heavy on analysis and description. Close is a keen observer of relationships and the subtle ways they change over time. Developments play out over the breakfast table, over text, in the backseat of a car. There are chapters in which you expect something dramatic to happen, based on how Close sets up scenes, but they pass by relatively uneventfully, without the confrontations we think might be coming. (This isn’t a criticism. I don’t mind this type of storytelling; I find it realistic and relatable.)

Close’s narrators tend toward the passive, and Beth is no exception. She spends her whole year in Texas with very little to do, just reacting to Matt’s moods and helping Jimmy when she can. She doesn’t assert herself when she is wronged – she just lets things happen to her, shrugging them off when they hurt her feelings. But I still enjoyed the way The Hopefuls unfolded, and wanted to see how things turned out for her. I also liked all the detail about DC – the restaurants, the acronyms, the annoying people trying to get ahead. It’s my hometown, and I love it, warts and all.

I found The Hopefuls to be a satisfying read. Just be warned: if you decide to pick it up, don’t expect a lot of action, and be prepared to want to shake Beth from time to time.

The Hopefuls comes out in July.