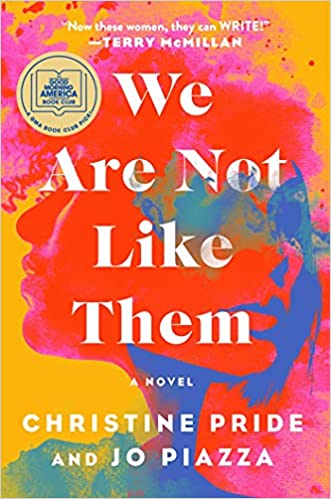 I am back from vacation! It was a great trip. Not much downtime, which means not much time for reading. I did manage to make it through four books, which of course was only half of the eight I brought with me. Sounds about right for me and vacation – I always overpack books. (Because running out of books on vacation would be awful.)

Here is one of my favorite reading spots on the trip – the balcony of our hotel in Sagres, Portugal, also known as “the end of the world”:

The first book I read was The Other’s Gold by Elizabeth Ames. It has one of those plots I like – four friends from college and how they fare into adulthood. Margaret, Lainey, Ji-Sun and Alice meet as freshmen when they share a suite at an elite East Coast school. They come from different backgrounds, but become fast friends, enjoying an intimacy and closeness that persists through four years in the same suite.

The Other’s Gold is structured around four mistakes, one made by each of the main characters at some point in their lives. They are pretty significant mistakes, which impact the course of their lives and affect their families, and later, their friends and husbands. I don’t want to spoil anything by saying what the mistakes were, but they form the narrative structure of The Other’s Gold, allowing Ames to shift focus among the four women and delve more deeply into their individual stories.

I really enjoyed this one. It read quickly and Ames is a beautiful writer. The women were frustrating at times, and made questionable decisions, but I felt invested in their lives and friendships and wanted to see how things ended up. I liked Ames’ use of detail – never extraneous, always making me feel a part of the scene. My only complaint is that I had trouble connecting to one of the women – Lainey – throughout the book. I found her inconsistent and difficult to relate to. Maybe we are just really different, but she isn’t like anyone I have known and I didn’t find her all that credible.

The Other’s Gold is a debut novel, coming out on Tuesday. I really liked it and recommend it – makes a great end of summer read.