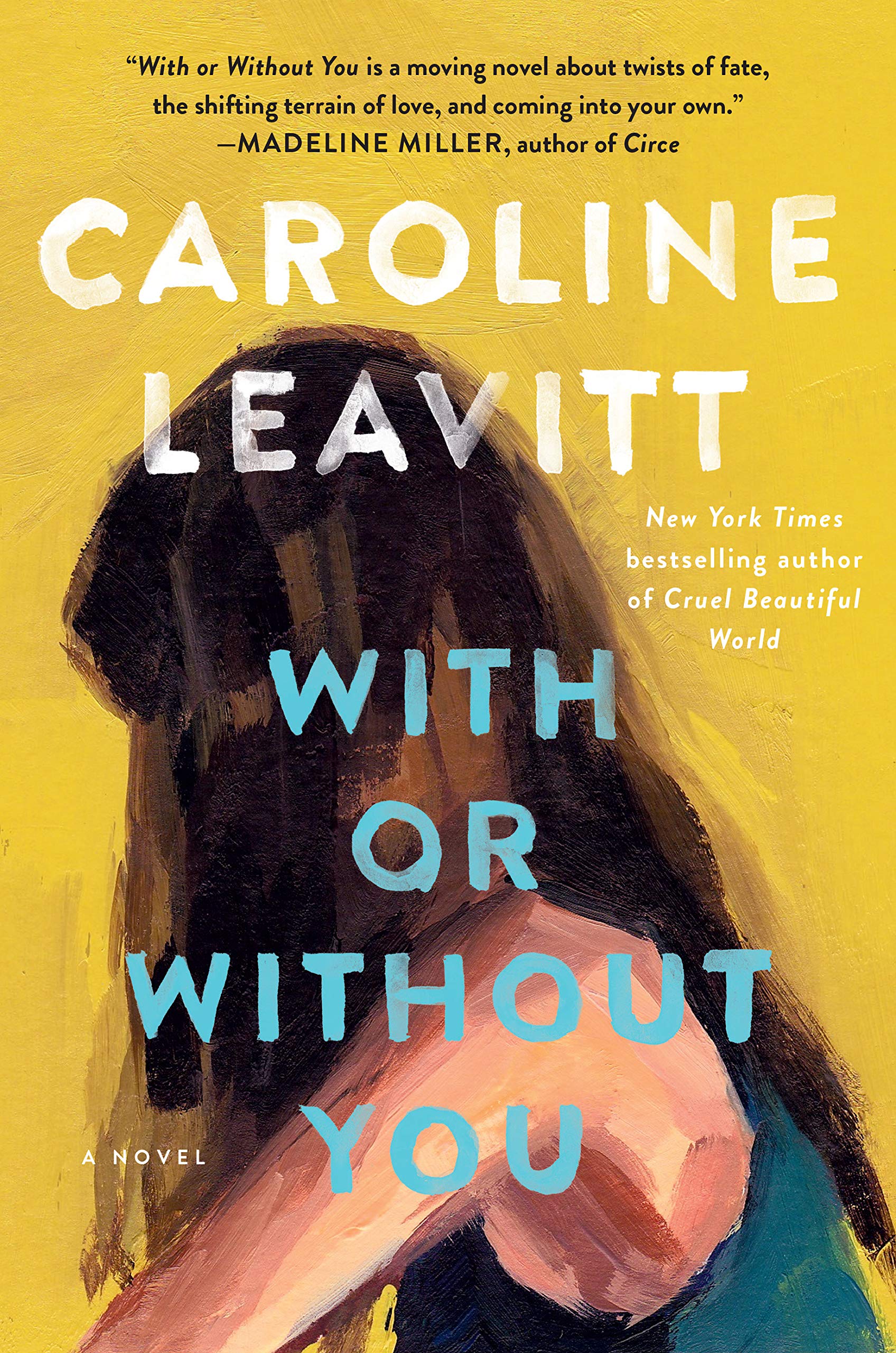 WITH OR WITHOUT YOU by Caroline Leavitt

Like 2020, its year of publication, Yaa Gyasi’s latest novel Transcendent Kingdom is a swirl of issues and emotions. The book covers a lot of ground – racism, religion, addiction, science, depression and more – but never feels weighted down. Instead, it ricochets from topic to topic, decade to decade, taking readers through the narrative of a troubled Ghanaian immigrant family and how it was affected by these larger forces.

Why I picked it up: I read and enjoyed Gyasi’s debut novel, Homegoing (reviewed here), and buzz for Transcendent Kingdom was off the charts. It was an easy pick for my September BOTM.

Gifty grows up in Alabama, the daughter of Ghanaian parents (Ma and the Chin Chin Man). She adores her older brother Nana, and is an observant, thoughtful, religious girl who follows the rules and does what is expected of her. The family suffers two losses before Gifty turns 12: her father returns to Ghana, leaving his wife and two children in America, and her brother dies of an overdose after becoming addicted to opioids and then heroin following a basketball injury. These two traumas profoundly affect both Gifty and her mother, sending the latter into a deep depression and the former on a decades-long quest to reconcile her religious faith with her need to understand the science of addiction and whether humans can be prevented from falling prey to its clutches.

Gifty herself best describes the tension inherent within her:

This is something I would never say in a lecture or a presentation or, God forbid, a paper, but at a certain point, science fails. Questions become guesses become philosophical ideas about how something should probably, maybe, be. I grew up around people who were distrustful of science, who thought of it as a cunning trick to rob them of their faith, and I have been educated around scientists and laypeople alike who talk about religion as though it were a comfort blanket for the dumb and the weak, a way to extol the virtues of a God more improbable than our own human existence. But this tension, this idea that one must necessarily choose between science and religion, is false.

Transcendent Kingdom goes back and forth between Gifty’s lonely childhood in Alabama, her confusing undergraduate years at Harvard and her present job as a neuroscientist at Stanford. Decades later, Gifty is still trying to connect with her deeply withdrawn mother, while her research on mice is her own way of making peace with what happened to her brother and whether it could have been prevented.

For a rather short book (265 pages), there is a lot going on. While Homegoing was told in a linear format, tracing 300 years in the lives of two half-sisters and their descendants, Transcendent Kingdom practically floats from issue to issue, touching down long enough to ground Gifty’s search for meaning and understanding before moving on to another dimension of her family’s pain. Gifty talks about being a black female scientist, institutional racism, her difficulty in making friends and opening up to men, her anger at her father and her frustration with her mother, yet the book never feels preachy or dramatic. It is quite the opposite: compelling and deeply moving.

I listened to Transcendent Kingdom on audio. The narrator, Bahni Turpin, was excellent (her Ma was unforgettable), but I’d recommend doing this one in print. Given the meandering nature of Transcendent Kingdom, the audio version is a little disorienting. I was often unsure of where I was in the timeline of the narrative, and without the visual cues of paragraph breaks, it was sometimes hard to recover. This is not at all the fault of the talented narrator, but simply the reality of reading via audiobook vs print.