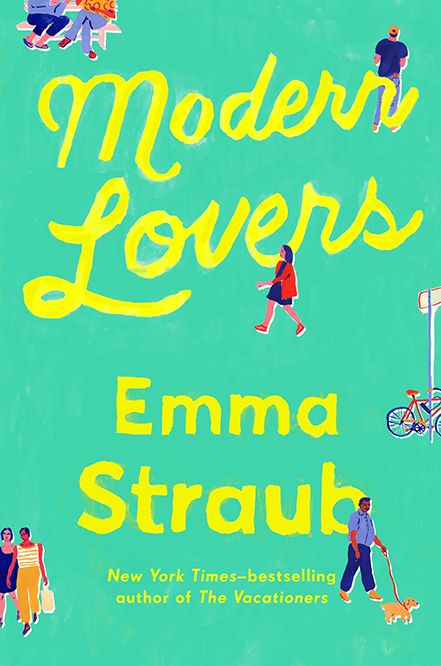 Leave The World Behind is a buzzy book this fall, helped by the fact that it’s apocalyptic, like the time we’re living through, and tense, fitting for October. The reviews I’ve read have definitely been divided, though. Some people think it’s one of the best books they’ve read in 2020, while others were disappointed by the ending and/or and didn’t understand the hype. I am not squarely in either camp – I liked it, even if I am not entirely sure what to make of it.

Why I picked it up: The premise and the hype. I liked but didn’t love Alam’s last novel, That Kind Of Mother, but I couldn’t resist this one. It was my October BOTM pick.

In Leave The World Behind, a family of four from Brooklyn has rented a summer house in outer Long Island for a week through Airbnb. Amanda and Clay and their kids Rose and Archie spend a day and a half relaxing in the upscale home, settling into their vacation. Late the second night, there is a knock at the door. Amanda opens it to find an older couple, Ruth and G.H., the owners of the house, who have shown up because of a blackout in New York City. They say they have nowhere else to go. Meanwhile, no one’s cell phones are working, the internet and cable TV are out, and there is no way to find out what’s really going on – terrorism? storm? – or whether the couple is telling the truth.

I don’t want to reveal much more. The rest of the book is about the characters’ response to the strange situation they find themselves in – their assumptions, their panicked reactions, their pursuits of comfort and reassurance. Like That Kind Of Mother, Leave The World Behind looks at race and class, exploring the assumptions the two couples make about each other and the trust – or lack thereof – that grows between them. Meanwhile. Alam ratchets up the tension as everyone in the house gets more frantic for news from the outside world and strange things start happening.

I finished Leave The World Behind feeling deeply unsettled, both about the fate of these characters but also about our own present reality. Alam’s ending is ambiguous but not unrealistic. There is a strong sense of dread and foreboding that only gets stronger as the pages turn, leaving the ultimate resolution as much to the reader’s imagination as Alam’s (though he does guide us there with hints along the way). Some people were dissatisfied with the lack of a true ending in Leave The World Behind. I was actually a bit relieved that I didn’t have to witness whatever was really going on, but, as I mentioned, I felt very unsettled and anxious when I finished. I enjoyed the story and the writing quite a bit, especially the little details about meals and clothes that made it so easy to picture this story unfolding. I’m just still trying to figure out what to make of it all.