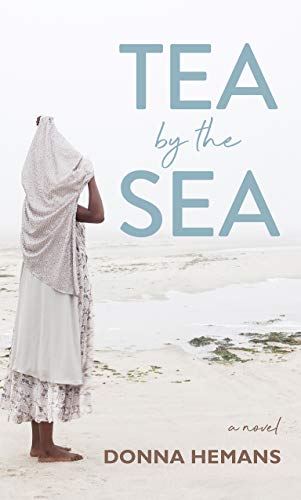 TEA BY THE SEA by Donna Hemans

Anne Shirley of L. M. Montgomery’s Anne Of Green Gables is an iconic character from children’s literature, like Ramona or Eloise or Harriet. She’s an orphan living on Prince Edward Island in the 1870s who is adopted by middle-aged siblings, Marilla and Matthew, who thought they were getting a boy to help on their farm when they reached out to the orphanage. Instead, they get a dreamy, chatty redheaded girl who gets herself into no end of trouble but endears herself to everyone who meets her. I *may* have read Anne Of Green Gables when I was younger, but if I did, I don’t remember it. So reading it this year was like reading it anew.

Why I picked it up: Nicole and I are both reading Anne Of Green Gables for a Readerly Report podcast episode about iconic childhood reads to be recorded in early 2021.

Anne Of Green Gables is about Anne’s life after she is adopted by Marilla and Matthew. When she arrives, she is emotional and flighty and completely un-self-aware, but she’s kind and loving and very appreciative of the physical and natural beauty in Avonlea. She begs not to be sent back to the orphanage once she learns that she was supposed to be a boy. Marilla relents, and soon, she and Matthew grow to care deeply about Anne. As Anne matures, she becomes less self-absorbed. She develops a deep friendship with Diana, a girl down the road, and she applies herself to her studies, earning a scholarship to study to become a teacher. She also grows less self-conscious of her red hair and freckles, becoming more confident and comfortable in her skin.

So does Anne Of Green Gables hold up? It’s a sweet old-fashioned story in which nothing really bad happens, and a kind, optimistic girl gets what she wants and deserves. If I had read it as a child (and maybe I did?) I probably would have liked it a lot. Reading it now, as an adult living through a pandemic with so much going wrong around us, it felt quaint and maybe a little dull, but uplifting. Anne is a reminder that there is still good in the world.

I listened to Anne Of Green Gables on audio. There are lots of versions of this book in print and audio. The one I listened to, narrated by Megan Follows, was pretty good, though she performed Anne’s early voice using a falsetto that was a little grating. As Anne matured, the narrator made her voice lower and more tolerable.