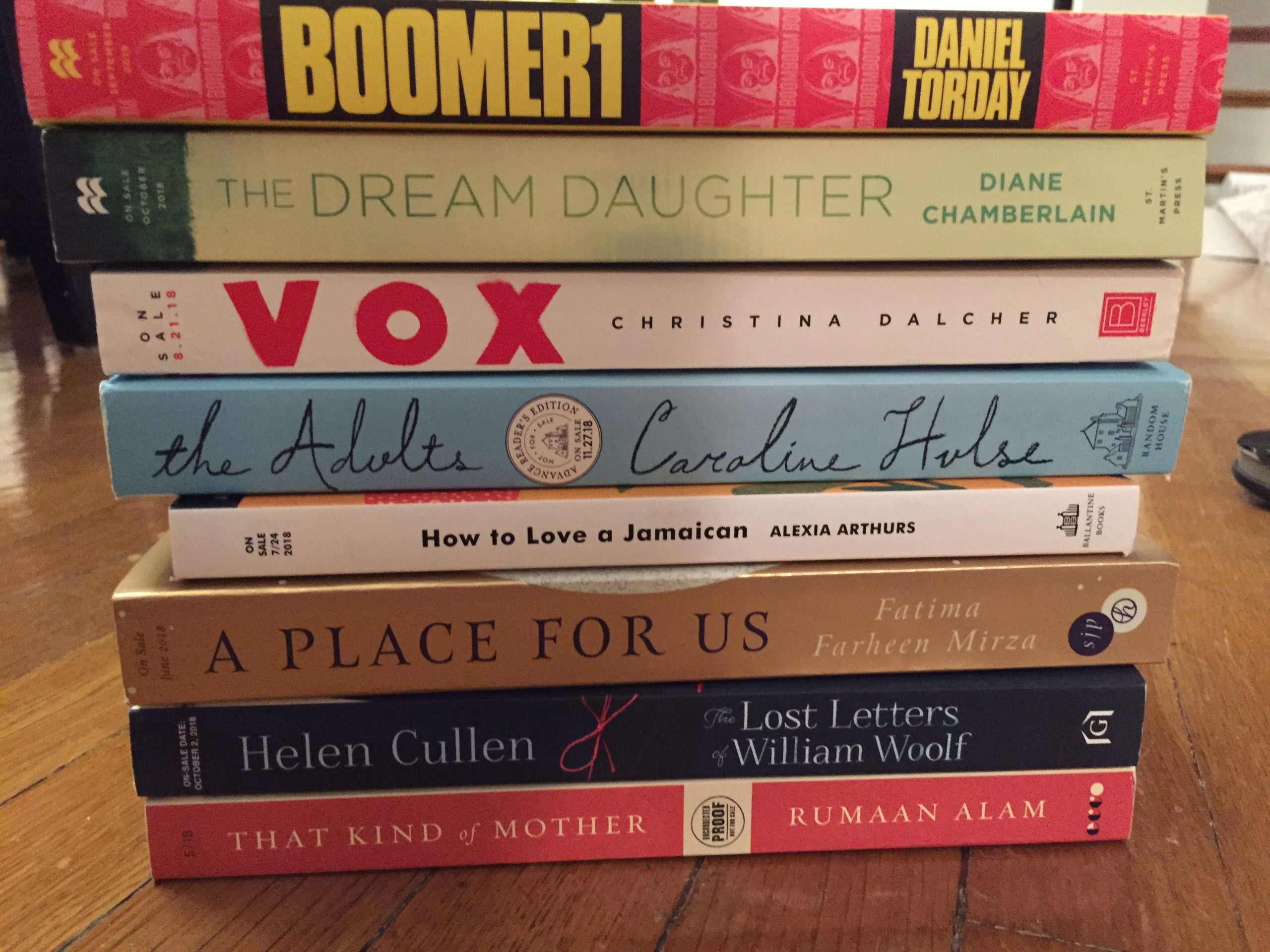 Today is the birthday of one of my favorite authors: Jhumpa Lahiri. I greatly enjoyed The Namesake and Unaccustomed Earth, and have Interpreter of Maladies on my TBR list.

Here is a bio of Jhumpa Lahiri from NPR's The Writer's Almanac today. I love that she didn't even know she had won the Pulitzer, and I also like what she said about her clear, simple writing.

It's the birthday of writer Jhumpa Lahiri, born in London (1967). Her parents were Bengali immigrants from India. When Lahiri was two years old, her father got a job as a librarian at the University of Rhode Island, and they moved to America. Her mother spent all day pushing young Jhumpa around in a stroller and making friends with everyone she saw on the street who looked Bengali. On weekends, the whole family would get together with other Bengali families, sometimes driving for hours to other states for a party. The adults cooked Bengali food and spoke Bengali and reminisced; the kids all watched television together.

Throughout her childhood, Lahiri wrote stories to entertain herself. She went to college at Barnard, then to graduate school at Boston University, where she earned what she called 'an absurd number of degrees' — an M.F.A, a master's degree, and a Ph.D. She loved to write, but she struggled to get her stories published. She was on the verge of going to work in retail when Houghton Mifflin agreed to publish her first book for a small advance. That book was The Interpreter of Maladies, a collection of nine stories about Bengalis and Bengali-Americans living in suburban New England. The plots centered on the ordinary details of marriages, families, jobs, cooking, and hosting parties. The Interpreter of Maladies came out in 1999, but the publishers didn't expect to sell many copies so they only released it in trade paperback. As expected, it didn't get much notice at first.

Lahiri had no idea that The Interpreter of Maladies was a contender for any prizes, and then one day she got a phone call. She said: 'I was in my apartment. We had just come back from a short trip to Boston and I was heating up some soup for my lunch. My suitcases were still not unpacked. And the phone rang. It was one or two in the afternoon. The person who called me was from Houghton Mifflin, my publisher, but no one I knew, and she said, "I need to know what year you were born." And then she asked some other fact like where I was born. I just told her. Sometimes people need some information for a reading, for a flyer or something. And then she said, "You don't know why I am calling, do you?" And I said, "No, why are you calling?" And she said, "You just won the Pulitzer."' It was the first time a paperback had ever won the Pulitzer. The Interpreter of Maladies became an immediate best-seller. Lahiri was uncomfortable with her new fame — she said, 'If I stop to think about fans, or best-selling, or not best-selling, or good reviews, or not-good reviews, it just becomes too much. It's like staring at the mirror all day.' So she doesn't read reviews, and she keeps her Pulitzer wrapped in bubble wrap.

Her next book was a novel, The Namesake, another best-seller about Bengali-Americans; and her third book, a collection of stories called Unaccustomed Earth debuted as No. 1 on the New York Times best-seller list.

Jhumpa Lahiri said about her writing: 'I like it to be plain. It appeals to me more. There's form and there's function and I have never been a fan of just form. My husband and I always have this argument because we go shopping for furniture and he always looks at chairs that are spectacular and beautiful and unusual, and I never want to get a chair if it isn't comfortable. I don't want to sit around and have my language just be beautiful.'