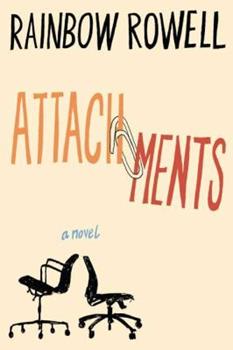 Dear Edward has one of those storylines that makes you want to pick the book up: a plane from New York to Los Angeles crashes over Colorado, killing everyone on board except for one person, a twelve year-old boy named Edward who was flying with his parents and older brother. Dear Edward follows Edward’s life after the crash, when he moves in with his aunt and uncle, and also flashes back to the hours leading up to the crash and the lives of some of the other people on the plane.

Why I picked it up: I fell for this irresistible premise once I started seeing buzz about this book everywhere. It was Read With Jenna‘s January pick as well as a BOTM selection from December. Dear Edward had also been sitting on my shelf since May, when I got it at Book Expo 2019.

I have mixed feelings about Dear Edward. On the one hand, it’s an interesting story, and there were elements that I found particularly compelling. Edward received letters from families of the people who died – hundreds of them – and I could understand that being a realistic response by their authors. After all, Edward was the last person alive to see the other passengers before they died. His sense of dislocation and emotional paralysis after the crash also made a lot of sense and was depicted well by Napolitano.

But I had a hard time connecting to Dear Edward. Napolitano glossed over huge parts of the story, simplifying them down to a conversation or even a few sentences. Edward’s grief – as well as his aunt’s – was superficially plumbed, leaving little sense of the true depth of their loss. Edward’s relationship with Shay, the girl next door who befriends him immediately upon his arrival in his new home, forms the backbone of Dear Edward, but how realistic is it that he would sleep on her bedroom floor for three years straight and not make a single other friend? For every element that rang true, there was one that left me shaking my head. In the end, I had trouble connecting emotionally to this book and found it more simplistic than its topic warranted.

I listened to Dear Edward on audio, and I wonder if that had something to do with my feelings about it. I found that when I read it in print (which I did from time to time), I liked it better. There was something about Cassandra Campbell’s narration that didn’t work for me here. I’ve listened to a lot of her books and maybe she just sounds too familiar to me at this point? When I read the book in print, I found it more substantive.

In the end, this was a 3.5 star read for me. Enough there to make it memorable but not, in the end, one of my favorites so far this year.

Dear Edward was Book #5 of 2020 and satisfies the Book With A Blue Cover category of the 2020 EDIWTB Reading Challenge.