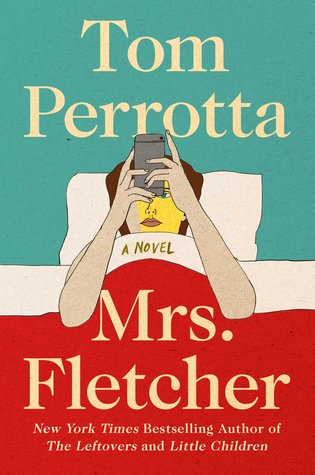 Win Me Something by Kyle Lucia Wu is about Willa Chen, a woman in her mid-20s living in Manhattan. The daughter of a white mother and Chinese father, Willa has never really fit in anywhere. After her parents divorce and have new families with other partners, Willa’s feelings of loneliness and dislocation are exacerbated. She floats along through her college and early adult years, feeling untethered and uncommitted to anything. When she happens upon a nanny job for a wealthy family in Tribeca with a young girl, she finally achieves something approaching a sense of belonging, both physical and emotional, yet she still remains an outsider in the family and never fully settles in. Win Me Something is about the year that Willa spent as a nanny, with flashbacks to her fractured childhood.

Why I picked it up: I got Win Me Something as a BOTM pick a few months ago, and it was the Readerly Report book club pick for March.

It has been almost a week since I finished Win Me Something, and I am finding it hard to conjure a detailed recollection. It’s kind of a dreamlike book in that way – not much happens, as you spend a lot of time in Willa’s mind. She admires her employer, Nathalie, who wears beautiful clothes and fancy makeup and seems totally put together, while Willa often feels awkward and self-conscious. She likes her charge, Bijou, but she’s not really a kid person, despite working as a nanny. Willa wafts from place to place, job to job, leaving a light footprint and maintaining a healthy remove. She finds some men attractive and intriguing, but she rarely takes initiative or signals her interest.

Willa’s lack of a sense of self is understandable. Her parents moved on from her during formative years, making her question her value and her place in their lives. Rather than including her in their new lives, they made her feel like an interloper. While I appreciated the difficult situation she was in, I wanted to see some growth or change in Willa over her time working for Nathalie and Bijou. Towards the end of the book she finally seems to grasp that her own seeming disinterest and distance might be the reason why others seem to keep her at a remove, but I wasn’t convinced that it would actually change anything. Ultimately, Willa’s passivity permeates the novel, which contributes to its own eventual impermanence in the reader’s mind.

Overall, I liked Wu’s writing style, and there were some beautifully described moments that stood out to me as I read. Win Me Something is a quiet, intimate book that may disappoint readers who want a bigger, more dramatic story. But I enjoyed it and found it to be a worthwhile read.

Win Me Something was the 11th book of 2022 and satisfies the Debut Novel and Book With A Flower On The Cover categories of the 2022 EDIWTB Reading Challenge.