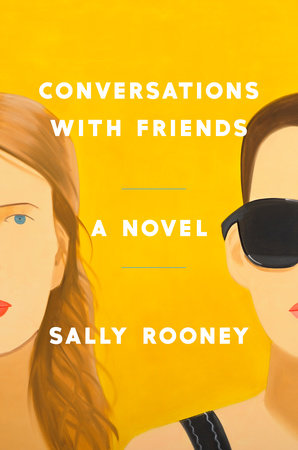 I have a complicated relationship with Taylor Jenkins Reid (TJR) and seem to hold the opposite view of her books from most people. I really enjoyed some of her earlier novels – One True Loves, After I Do – and I liked but didn’t LOVE Evelyn Hugo and Daisy Jones And The Six (though I’d like to do that one over again on audio). And I really didn’t like Malibu Rising much at all, despite the hype. So I was nervous about her latest, Carrie Soto Is Back, the fictional account of a tennis player in her late 30s, past her prime, who decides to come back to win one more Grand Slam in order to defend her record as the greatest tennis player in history. Can she do it?

Why I picked it up: Carrie Soto Is Back was one of the hot books of late summer 2022 and my book club picked it for our January read.

[mild spoilers ahead] So, this book is about tennis. And… that’s it. We meet Carrie as a young girl, when her mother has died unexpectedly in a car accident, and soon after that, she is training under her famous tennis player father, Javier. He coaches her into her teens, when she starts winning a lot, and then she has another coach, and then she wins a lot of tournaments: Wimbledon, French Open, Australian Open, U.S. Open, rinse and repeat. Then she starts losing, then a lot of time passes where we really don’t learn what Carrie is up to, and then she decides to start training again when the record she holds for most Grand Slams ever is threatened. So Carrie trains hard, and despite her age, eventually starts winning again. I won’t spoil what happens at the very end.

That is basically all that happens in the book. There is very little growth or evolution in Carrie’s character; she starts out selfish and self-absorbed and finishes only slightly less so by the end. There are a lot of games. But even the games aren’t suspenseful or terribly interesting. Reid’s writing is matter-of-fact and clinical, with little nuance or subtlety. It is just tennis after tennis after tennis. I don’t mind sportswriting or even tennis for that matter, but I had hoped there would be more to this book than that.

So this was a miss for me. I did most of Carrie Soto Is Back on audio, and it was fine. I actually think the audio gave the book a little more heart than the print, because at least there was emotion in narrator Stacy Gonzalez’s voice. Since this is a TJR book, Random House Audio invested some money and had different narrators and even musical effects for the chapters that were sports radio and TV show transcripts, which was kind of fun.

I’d skip this one.