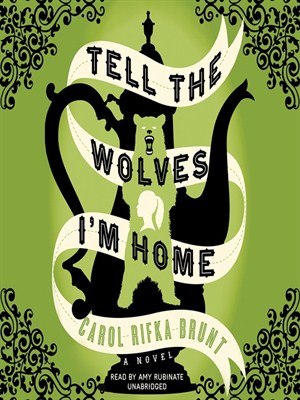 Yesterday, I took to Twitter and Facebook to find out which books people have liked recently. I asked a simple question – "What's the best book you've read this summer?" - and got a great variety of responses. Lots of fiction, some non-fiction and some memoirs. Lots of backlist. A few books were recommended more than once. A few books were ones that I have read and reviewed. I was impressed with both the range (these weren't just EDIWTB readers, who probably tend toward fiction) and the appearance of some older books on the list. (And who is David Mitchell? FOUR of his books are on this list!)

So at the midpoint of summer, I present the full list of recommended books. Hopefully there are a few on here that will catch your eye. You still have a few weeks of long days by the pool…

Books That Were Recommended More Than Once:

Open, by Andre Agassi (submitted by Vikki and Haleh). (I reviewed Open here.)

Unbroken by Laura Hillenbrand (submitted by Ginger, Lizy, Helaine and @Blochead_Create). "Trouble putting it down."

The Invisible Bridge, by Julia Orringer (submitted by Tracy and Haleh).

Cutting for Stone, by Anthony Verghese (submitted by Mary, Krista and @LPags03). "Great."

The Hunger Games trilogy, by Suzanne Collins (submitted by @Kimvatpg and @centsiblelife).

Medium Raw: A Bloody Valentine to the World of Food and the People Who Cook, by Anthony Bourdain (submitted by Anna and Brian D.). "Fragmented, but funny." "Each chapter is pretty self-contained, so you don't have to knock it out all at once. This book, like his other books and TV show, capture his wit, insight, and endless analogies for describing food."

The Immortal Life of Henrietta Lacks, by Rebecca Skloot (submitted by Dan G. and Krista) (I started this one a few months ago and couldn't finish it.)

The Thousand Autumns of Jacob de Zoet, by David Mitchell (submitted by Ryndee and Warren). "The best book I've read in a very long time." "A total knockout."

The House of Tomorrow, by Peter Bognanni (submitted by Tina).

The Windup Girl, by Paolo Bacigalupi (submitted by Mike D.).

The Last Life, by Claire Messud (submitted by Arielle).

The Story of Edgar Sawtelle, by David Wroblewski (submitted by Sarah K.).

And Then There Were None, by Agatha Christie (submitted by Susan W.).

Ghostwritten and Cloud Atlas, by David Mitchell (submitted by Brian S., the latter seconded by Lilo).

The Lord of Misrule, by Jaimy Gordon (submitted by Abby D.).

The Brief Wondrous Life of Oscar Wao, by Junot Diaz (submitted by Tuvana).

A Heartbreaking Work of Staggering Genius, by Dave Eggers (submitted by Colin).

The Unnamed, by Joshua Ferris (submitted by Sarah S.) (I reviewed The Unnamed here).

Skipping a Beat, by Sarah Pekkanen (submitted by @greggutierrez9).

The Murderer's Daughters, by Randy Susan Meyers (submitted by Larissa).

The Tiger's Wife, by Tea Obreht (submitted by Andrew H.).

The Help, by Kathryn Stockett (submitted by Ryndee) (I reviewed The Help here.)

Before I Go To Sleep, by S.J. Watson (submitted by Larissa).

The Kitchen House, by Kathleen Grissom (submitted by Larissa).

A Dance With Dragons, by George R.R. Martin (submitted by @RachaelGK).

Those Who Save Us, by Jenna Blum (submitted by Holly).

A Visit From the Goon Squad, by Jennifer Egan (submitted by Holly).

140 Goats and a Guitar The Stories Behind Some Kind of Cure, by David Berkeley (submitted by Ryan).

Rules of Civility, by Amor Towles (submitted by Nicole).

The Emperor of All Maladies: A Biography of Cancer, by Siddhartha Mukerjee (submitted by Susan W.).

Lost in Shangri-La: A True Story of Survival, Adventure, and the Most Incredible Rescue Mission of World War II, by Mitchell Zuckoff (submitted by Rebecca). "Not what I normally read, but I like the characters and the way the story has come together."

In the Long Run: A Father, a Son, and Unintentional Lessons in Happiness, by Jim Axelrod (submitted by @blochead_create).

Two Kisses for Maddy: A Memoir of Love and Loss, by Matt Logelin (submitted by Sarah S.).

Do you recommend any of the books on this list?